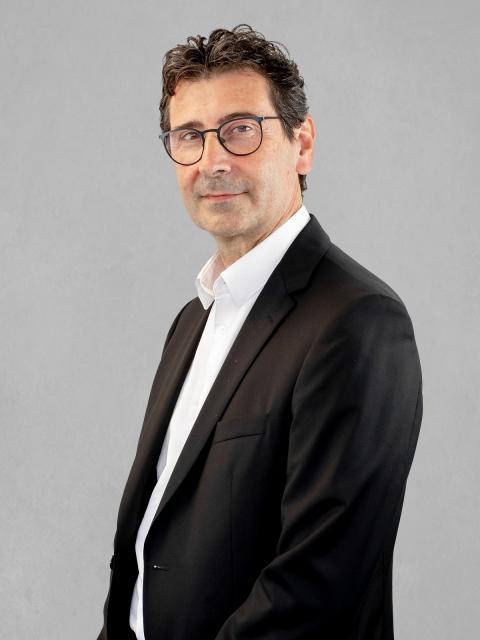 After graduating from the Arts et Métiers ParisTech school, Serge has a first work experience at Solvay, and starts working as an Industrial Operations Manager at Hispano-Suiza (former Safran Transmission Systems) in 1990.

In 1994, he is appointed Program Manager for the M88 Engine equipments as well as the Mirage 2000 and Rafale ejection seats programs.

He is then appointed Production Lines Manager of the powertrains and Tyne engine parts in 1996.

In 1999, he starts working as a Production Manager for Labinal’s aeronautical products.

Then, he joins Snecma (former Safran Aicraft Engines) in 2001 as the Purchasing Optimization Manager, and becomes Purchasing Director in 2003.

In 2006, he starts working at Messier-Bugatti (former Safran Landing Systems) as a Project Manager for the construction and launching of the wheels and brakes plant in Walton, USA. He is then appointed Purchasing Director in 2008 and Systems Equipment BU Director (incorporating Safran Flitration Systems) in early May 2011.

He has been Safran Ventilation Systems’ President from January 2019 to October 2020, while he is finally appointed General Manager of the Interconnection Systems Eurasia (ISE) division at Safran Electrical & Power.