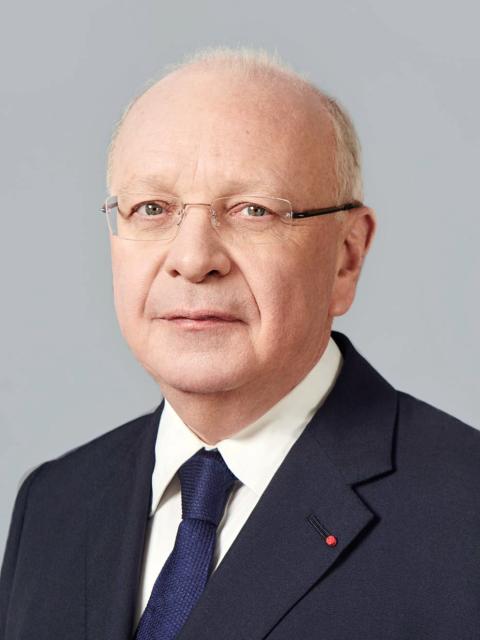 Group Chairman of the Board
See linkedin profile

Born in 1954, Ross McInnes has dual French and Australian nationality and is a graduate of Oxford University. He started his career in 1977 with Kleinwort Benson, first working in London then in Rio de Janeiro. In 1980, he joined Continental Bank (now Bank of America), holding several positions in the corporate finance arm, first in Chicago and then in Paris.

He joined Eridania Beghin-Say in 1989, being named Chief Financial Officer in 1991, then a member of the Board of Directors in 1999. The following year, Ross McInnes joined Thomson-CSF (now Thales) as Executive Vice President and Chief Financial Officer, assisting in the group's transformation. In 2005 he moved to PPR (now Kering) as Executive Vice President for Finance and Strategy. He was appointed to the Supervisory Board of Générale de Santé in 2006, serving as acting Chairman of the Management Board from March to June 2007. He was also Vice Chairman of Macquarie Capital Europe, specialized in infrastructure investments.

Ross McInnes joined Safran in March 2009, and was named Executive Vice President, Economic and Financial Affairs in June. From July 2009 to April 2011 he was a member of the Executive Board, and then from April 2011 to April 2015 he was Deputy Chief Executive Officer.

Ross McInnes is also a Non-Executive Director of Eutelsat, Engie and Lectra.

In February 2015, Ross McInnes was appointed by the French Ministry of Foreign Affairs as Special Representative for Economic Relations with Australia, within the scope of France's economic diplomacy policy.

From November 2016 to November 2019, he was a member of the High Committee for Corporate Governance.

Ross McInnes was appointed Trustee of the IFRS Foundation in January 2018.