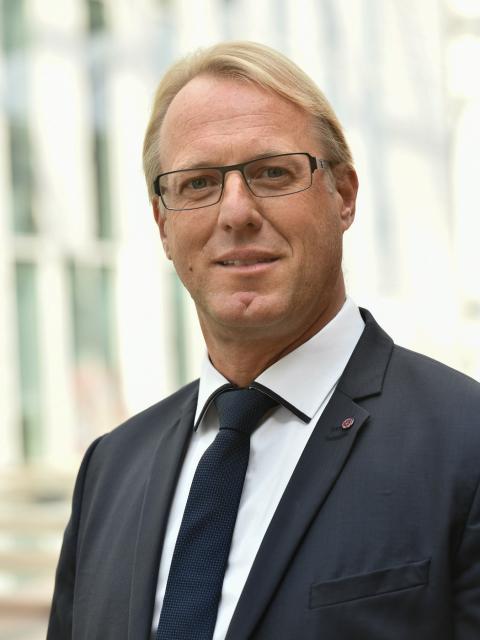 Frédéric Bugeon started his career at Thales in 1995, as chief project CAPE (Computer-aided production engineering) for radars. In 1996, he joined Alstom and took responsibility for supply chain and purchasing for TGV and tramways at La Rochelle facility. In 2000, he became director of operations at Alstom UK, before being appointed Director for Purchasing and Supply Chain for all Alstom Transport group, and its 20 subsidiaries worldwide.

He joined the Group in 2005, as Chief of purchasing and supply chain department of Turbomeca1. In 2009, he took responsibility for market and products analysis at Strategy direction. From 2010 to 2015, he managed Support Programs department in Tarnos. From 2016 to 2019, Frédéric was VP Sales, Marketing and Customer Satisfaction at Support & Services direction of Safran Helicopter Engines. In November 2019, he was appointed Executive Vice-President Strategy.

Frédéric Bugeon is graduate of University of Bordeaux 1 as information systems engineer (1995), of KEDGE Bordeaux (Master of science in Supply Chain Management – 1996) and of the European Institute of Purchasing Management of Geneva (Executive MBA – 1997).