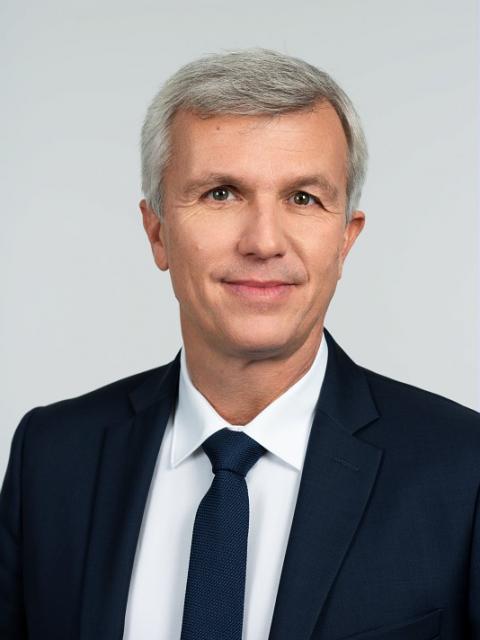 Pascal Bantegnie started his career in the space industry in 1994 as a CNES engineer, then joined Aerospatiale Satellites and became space risk underwriter at AGF Insurance. He joined the Investor Relations team of Alcatel in 2001, and took the lead of the function in 2004. In 2007, he was appointed Communication and Investor Relations Director of the Sequana financial holding company. Pascal Bantegnie joined Safran in September 2009 as Head of Investor Relations before becoming CFO of Safran Electrical & Power in 2013. In July 2018, he was appointed Group Treasurer and took on additional responsibilities for financing activities in March 2020. In 2022, he became Safran's Chief Financial Officer.

Pascal Bantegnie, 52, is a graduate of ESTACA, a French aerospace and automotive engineering school (1991) and obtained a Master’s degree in Space engineering (ENSAE SupAéro) in 1994. He is a former auditor of the French National Institute for Defense Studies (IHEDN) in 2016.