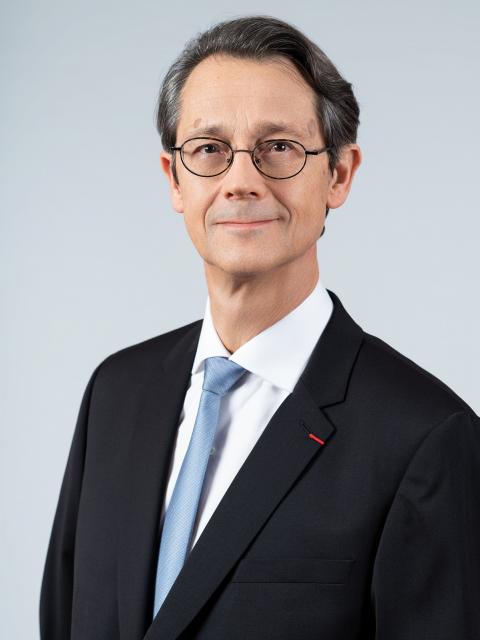 Olivier Andriès joined the Treasury department at the French Ministry of Finance in 1990, where he oversaw major state-owned aerospace and defense companies. In 1993, he joined the cabinet of the Minister of the Economy and Finance, Edmond Alphandéry, as advisor on industrial affairs.

In 1995 he moved to the Lagardère group as Deputy Director of Strategy. He managed various merger and acquisition projects, contributing to the consolidation of the European aerospace and defense sector. He was named personal advisor to Jean-Luc Lagardère in 1998.

Olivier Andriès joined Airbus in 2000, serving as Vice President, Widebody Aircraft Programs (A330/A340). He was appointed to the Executive Committee in 2005 as Executive Vice President, Strategy, supporting the A350 XWB project until its official launch.

In 2011, Olivier Andriès was named Chief Executive Officer of Turbomeca (now Safran Helicopter Engines), where he oversaw a deep transformation of the company over the next four years, based on the following strategic objectives: diversification of the customer portfolio, development and renewal of the product line, enhanced competitiveness based on the Factory of the Future concept.

In 2015, he was named Chief Executive Officer of Safran Aircraft Engines, tasked with ensuring a successful transition between the CFM56 and the new generation LEAP engine, and in particular managing an unprecedented ramp-up in production, by increasing the annual rate to 2,000 engines by 2020.

In 2019, the Board of Directors of Safran has selected Olivier Andriès as successor to Philippe Petitcolin in the position of Chief Executive Officer with effect on January 1st, 2021.