Safran Reosc has been selected to design and produce the primary optical ground support equipment (OGSE) for the German company IABG’s (Industrieanlagen-Betriebsgesellschaft mbH) Space Test Center in Germany. Composed of two off-axis collimator mirror assemblies and two flat mirror assemblies, this equipment will enhance the center’s capabilities and allow it to perform advanced performance tests on optical payloads for spacecraft.

The two off-axis collimator mirror assemblies and two flat mirror assemblies, each of which is tiltable, can test optical payloads up to 1,500mm in diameter with nanometer accuracy – 100,000 times finer than a human hair. 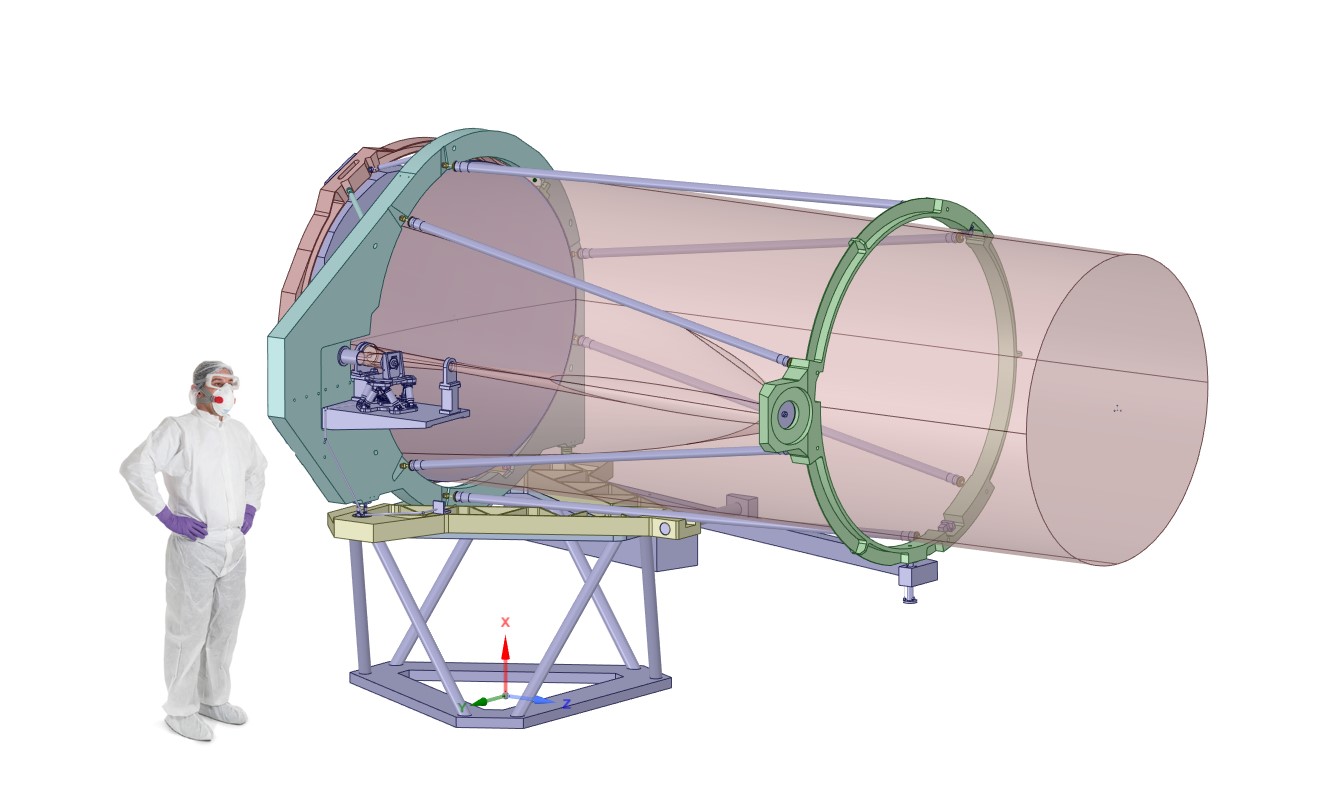 Safran Reosc has been working on this new optical ground support equipment since the spring of 2021. It will be used for the qualification, calibration and functional performance tests of electro-optical payloads. These new systems will perform high-precision optical measurements in a stringently controlled micro-vibration, thermal-vacuum and cleanliness environment.

Safran Reosc has built up extensive expertise in the design and production of optical ground support equipment, based on its recognized capabilities in optics manufacture and high-precision metrology. It’s the leading supplier of OGSE for some of today’s space nations (France, Japan, India and Taiwan).

* collimator : optical system for changing the diverging light from a point source into a parallel beam to illuminate a specific object

Add to my contacts
Sales Director

Safran is an international high-technology group, operating in the aviation (propulsion, equipment and interiors), defense and space markets. Its core purpose is to contribute to a safer, more sustainable world, where air transport is more environmentally friendly, comfortable and accessible. Safran has a global presence, with 76,800 employees and sales of 15.3 billion euros in 2021, and holds, alone or in partnership, world or regional leadership positions in its core markets. Safran is listed on the Euronext Paris stock exchange and is part of the CAC 40 and Euro Stoxx 50 indices.

Safran Reosc, a subsidiary of Safran Electronics & Defense, is a world leader in the design, production and integration of high-performance optics for both civil and defense applications, including astronomy, space, high-energy lasers and the semiconductor industry. Founded in 1937 by Henri Chrétien, Safran Reosc has developed unrivaled expertise in optics for ground-based astronomy. From concept and design to manufacture and integration, Safran Reosc offers a complete range of high-performance optics and high-precision opto-mechanical equipment. Safran Reosc has 170 employees and is based in Saint-Pierre du Perray, about 35 km southeast of Paris.