Safran Data Systems is supplying ORION 1100 antennas to Kongsberg Satellite Services (KSAT). Once installed and in operation, they will be used by NASA to expand its network of satellite tracking ground stations.
Each ORION 1100 antenna comprises a reflector 11.50 meters in diameter, a concentric S/X/Ka tri-band feed patented by Safran, and Cortex baseband. These components form a robust and reliable very-high-speed data transmission system, for use by space agencies on any generation of satellites.
Thanks to their Ka-band capability, ORION 1100 antennas will play a key role in the success of future scientific missions. In particular, they have been chosen for NISAR, a joint mission between NASA and the Indian Space Research Organisation (ISRO), with the scheduled 2022 launch of a satellite that will study climate change and environmental risks; and PACE, a NASA satellite that will study aerosols, clouds and phytoplankton. Once fully operational, the ORION 1100 ground stations will contribute to NASA’s Near Earth Network Initiative for Ka-band Advancement (NIKA) and will also be used for both current and next-generation Low Earth Orbit (LEO) satellites.

The first antenna of this type, located at Svalbard in the Spitsbergen archipelago in northern Norway, is the 100th KSAT tracking antenna in the Arctic region. The second is located in Punta Arenas in southern Chile, and offers real Ka-band coverage for the southern hemisphere.

Rolf Skatteboe, CEO of Kongsberg Satellite Systems, said: ‘’We are pleased to include the high reliability Safran antennas in our Network. The new Safran antennas are augmenting KSAT’s Ka-band network providing operational services to our customers. Environmental and meteorological satellites are generating huge amounts of data, and the required high capacity downlink can only be achieved by Ka-band systems.”

Jean-Marie Bétermier, CEO of Safran Data Systems, added: “This new phase shows our commitment to provide performance, reliability and innovation for space agencies, a commitment we have been honoring for over 20 years. Following the recent installation of ORION 730 and ORION 930 antennas in the polar region of Svalbard, the commissioning of these ORION 1100s is an important milestone for our company. All our teams have worked without letup to stay on schedule, despite the global pandemic.” 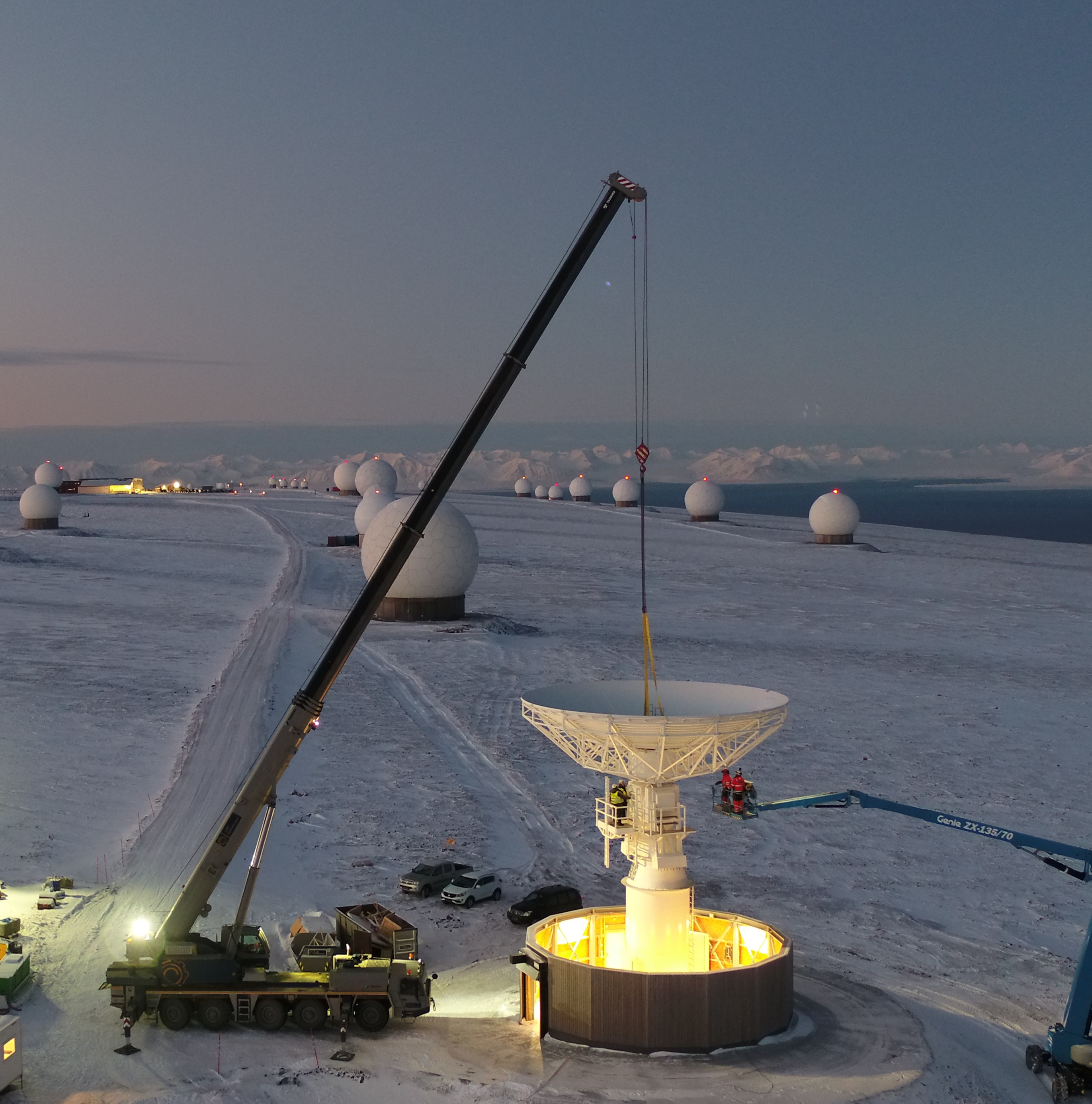 Safran is an international high-technology group, operating in the aviation (propulsion, equipment and interiors), defense and space markets. Its core purpose is to contribute to a safer, more sustainable world, where air transport is more environmentally friendly, comfortable and accessible. Safran has a global presence, with 76,000 employees and sales of 16.5 billion euros in 2020 and holds, alone or in partnership, world or regional leadership positions in its core markets. Safran is listed on the Euronext Paris stock exchange, and is part of the CAC 40 and Euro Stoxx 50 indices.
Safran Data Systems, a subsidiary of Safran Electronics & Defense, is a world leader in testing instrumentation, telemetry and space communications. Based in France, it makes a complete range of satellite tracking ground stations and equipment, working with satellite manufacturers, integrators, commercial operators and space agencies (communications and Earth observation satellites).
For more information : www.safran-group.com and www.safran-electronics-defense.com
Follow @Safran and @SafranElecDef on Twitter