With this purchase and services agreement, Akasa Air will have from day-1 of its operations an innovative and comprehensive maintenance program delivered by CFM, the world’s premier engine manufacturer.

Vinay Dube, CEO, Akasa Air said, “We are extremely pleased to partner with CFM International as we embark on an exciting journey to launch the greenest, most affordable and most dependable airline in India. Our partnership with CFM will ensure that we adhere to the world’s highest standards of maintenance and deliver the industry’s best technical dispatch reliability.”

Dube further added, “The state-of-the-art, high-performance LEAP-1B engine will support our tech-driven culture by enabling real-time engine monitoring and predictive maintenance planning.  With this agreement, we now have the foundation to ensure the most competitive and reliable operations in our fast growing market.”

“We are proud to develop a strong relationship with Akasa and play a key role in the launch of their operations, by providing them with the industry-leading asset utilization, fuel efficiency, and overall cost of ownership,” said Philippe Couteaux, Executive Vice President of Sales and Marketing for CFM International. “On behalf of the entire team worldwide, it will be a great honor to help launch this new airline with the industry-leading support and reliability that has become a hallmark of CFM International.”

Since CFM delivered the first CFM56 engines in the early 90’s, the company has been developing a trustful relationship with major Indian Airlines and playing a key role in Indian domestic market continuous growth. To date, nearly 600 engines are operated by airlines from the Indian subcontinent and more than 1,700 LEAP engines are on order.

CFM’s advanced LEAP engine continues to set new industry standards for fuel efficiency and asset utilization, logging more than 12 million engine flight hours in commercial operation. The fleet is providing better fuel consumption and lower CO2 emissions, as well as a significant improvement in noise compared to the best CFM56 engines while maintaining the CFM legendary reliability. The LEAP-1B engine entered into service on the Boeing 737 MAX in 2017. More than 600 aircraft have been delivered to some 66 operators worldwide and the fleet has logged more than 2.5 million engine flight hours. 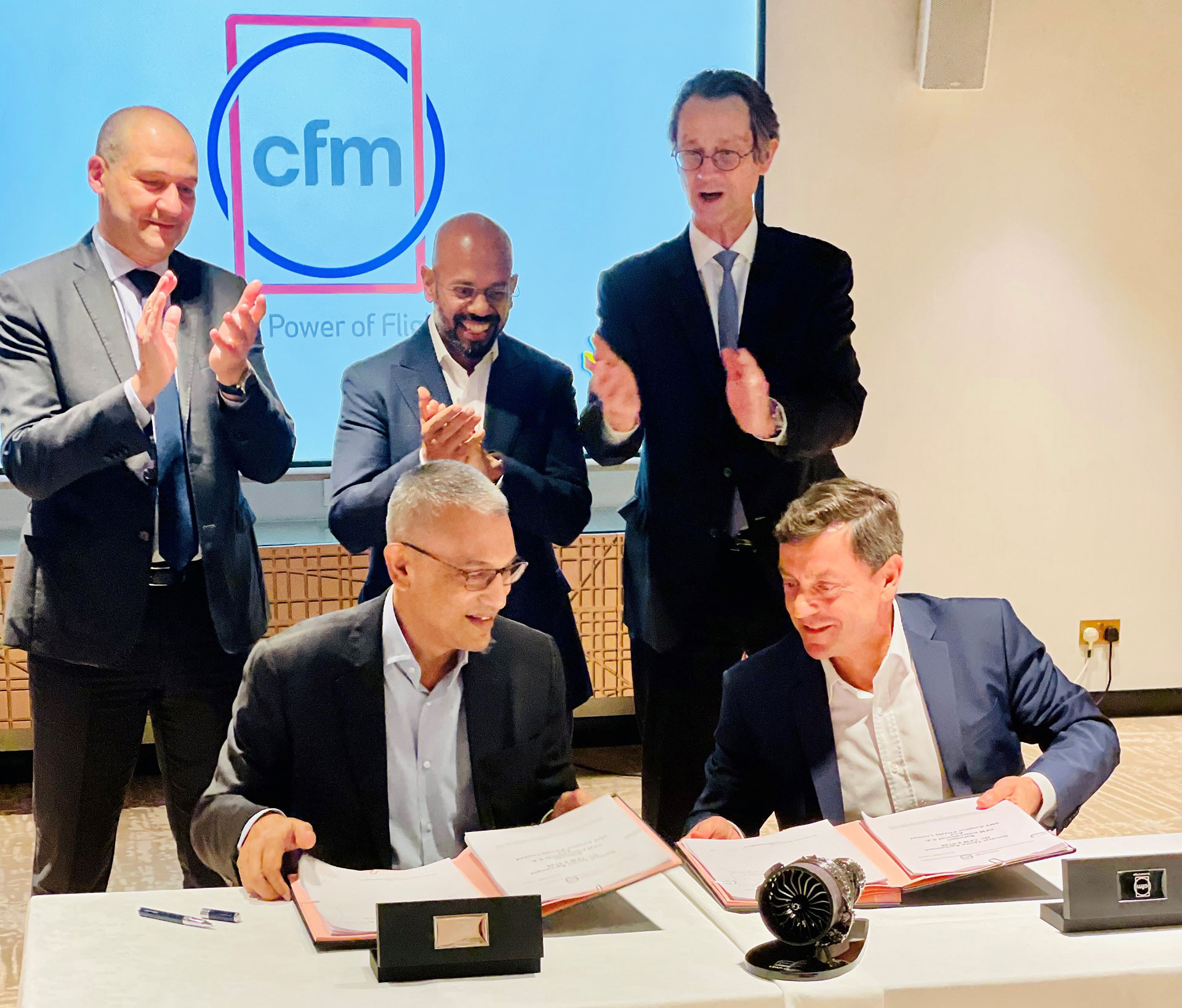 About Akasa Air
Akasa Air will be the most dependable airline in India, offering efficient customer service, reliable operations, and affordable fares - all in the Akasa Way. Akasa Air’s empathetic and youthful personality, employee-friendly culture, customer-service philosophy, and a tech-led approach will make this commitment a reality for all Indians. The carrier plans to offer commercial flights starting in the summer of 2022 to support the growing demand across India.

About CFM International
CFM International is a 50/50 joint company between GE and Safran Aircraft Engines. For more information, visit us on the Web at www.cfmaeroengines.com or follow us on Twitter @CFM_engines.