Women in Industry awards: The results are in!

Valérie Patuel, Managing Director and CEO at Safran Helicopter Engines Singapore, won the International Women's Trophy at the Women in Industry Awards ceremony held in Paris on September 29 by the newspaper “L’Usine Nouvelle”. Emilie Herny, Chief Technology Officer at the Saint-Exupéry Research & Technology Institute in Toulouse (on secondment to Safran), and Aurélie Gouby, Chief Data Officer at Safran Aircraft Engines, were also finalists in two other categories. We present a portrait of them.

Valérie Patuel, Managing Director and CEO at Safran Helicopter Engines Singapore, won the International Women's Trophy at the Women in Industry Awards. Find out more about this great explorer’s career!

A native of the Haute-Savoie region, Valérie is a first-class skier who takes her studies and competition very seriously; so much so, indeed, that she was selected for the French Championships. For her work experience, Valérie enjoyed a succession of experiences abroad, from Barcelona to Atlanta. She continued her career path with a European MBA in accountancy and international finances, which took her to Belgium, Spain and Ireland.

In 2000, Valérie – who stems from a family of entrepreneurs – felt the desire to flex her commercial muscles. Having been recruited by Accenture, she experienced her first expatriate posting, in Dublin. Immersed in a shared financial services center for a customer in freight – “a very masculine environment” – she quickly assumed responsibility for continuous improvement service and customer relations.

In 2003, the time came to fulfill her lifelong dream: To backpack around the world with her companion – who was to become her husband, and then the father of her two children. “It was a difficult decision to make, because my professional career was already in motion.” This experience has reminded her that risk-taking can create opportunities.

Her career at Safran began in 2004 at the Safran Helicopter Engines support center, which was at the time undergoing a reorganization. Her atypical profile and international experience made her an attractive candidate. As a “non-engineer”, Valérie had never imagined working in the industry, yet was to spend ten fascinating years there.

In 2015, while heading up the Operator Sales Support team, she expressed her desire to take on a new role – this time abroad. She was offered Malaysia, where the post of Chief Operating Officer (COO) of the Global Turbine Asia joint venture was available. So she jetted off to start a new life with her husband and children. In five years, she raised the standard of the organization to Safran levels, won the trust of shareholders and hired a solid team, with whom she formed strong ties.

In 2021, Valérie was selected to take on the role of CEO in Singapore, where she now manages all Safran Helicopter Engines' operations in Asian countries. That means 200 customers and more than 1,000 helicopter turbines! In addition to this operational component focused on business development, Valérie is Safran's representative in Singapore.

“The thing I’m proud of is simply the fact that I've been able to fulfill my lifelong dream of a professional career as a single person, then as one half of a couple, then as a family, internationally! I've always had a taste for foreign countries, languages, differences in cultures and norms… which have fed me and continue to push me to grow. I humbly like to think that, perhaps, my international career and my commercial and female profile – which is somewhat 'rare' in a large French high-tech industrial group – may be a source of inspiration to encourage other young (and less young) women to express their talents! ”

Emilie Herny and Aurélie Gouby, finalists at the Women in Industry Awards 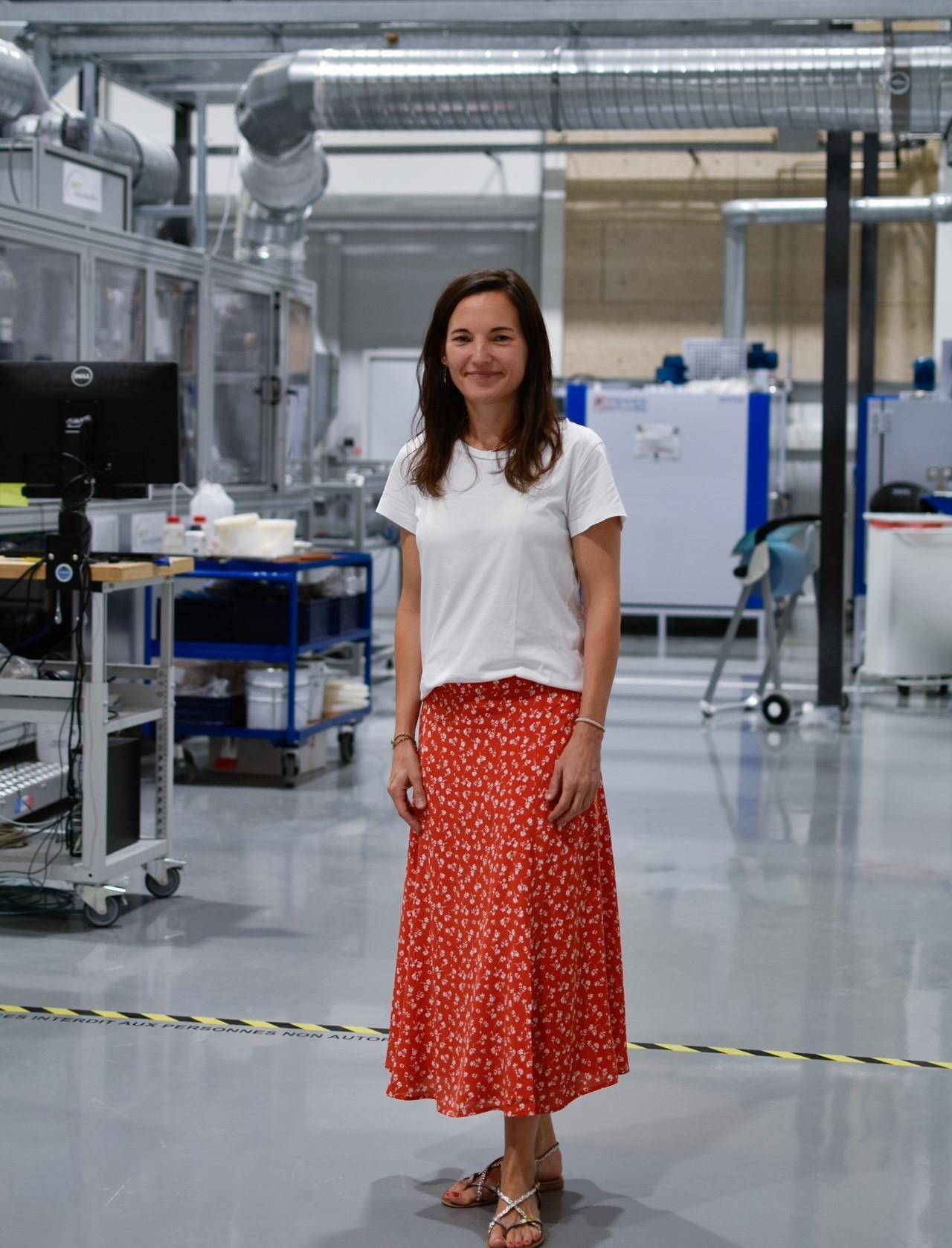 In 2006, Emilie Herny was recruited by the Industrial Department of Safran Aircraft Engines at the Gennevilliers foundry. This specialist in metallic materials has a passion for innovation, and is involved in the establishment of Safran's new plant in China and a new non-destructive testing system. In 2009, Emilie headed off to Toulouse to join Safran Power Units. Her responsibility for foundry parts suppliers led her to spend three years traveling the world to meet suppliers, audit them and apply the Group's requirements.

2012 saw a return to her first love: The Technical Department. Working in the R&D department, she was responsible for the R&D plan in the Materials & Processes sector. Émilie then introduced additive manufacturing – a process that was still unknown at the time, but one in which she had an unshakable belief.

“ When we ran the demonstrator containing additive manufacturing parts, many people didn’t believe it; they were convinced we were heading in the wrong direction. It's a source of great pride to me that I didn’t listen to them… and that we succeeded. It's through small demonstrations of this kind that we advance science! Along the way, you always meet people who doubt you… and sometimes, lead you to doubt yourself too. In this kind of situation, it’s important to be able to listen to yourself and trust your own instincts.”

In 2015, having returned from her first maternity leave, Émilie became an additive manufacturing project manager. Her mission: To move from R&D to mass production. Her most remarkable collective achievement was to obtain the first EASA certification for an APU component produced by additive manufacturing!

2016 was a busy year during which Émilie simultaneously exercised her role as project manager, took an internal MDP (Management Development Program) training program and went on a second maternity leave. Upon her return, she was entrusted with creating the "Materials & Processes" department attached to the Technical Department.

In 2020, Émilie was seconded from Safran to the IRT Saint-Exupéry in Toulouse to head up technological management in the materials and processes sector. She is responsible for a portfolio of projects and three competence centers between Toulouse and Talence representing nearly 14 million euros of turnover per year and 70 people to manage: “Taking on this new role in the midst of Covid, within an IRT that required restructuring, took me out of my comfort zone. It’s been a big challenge, but one I can say I am all the stronger for afterwards.” 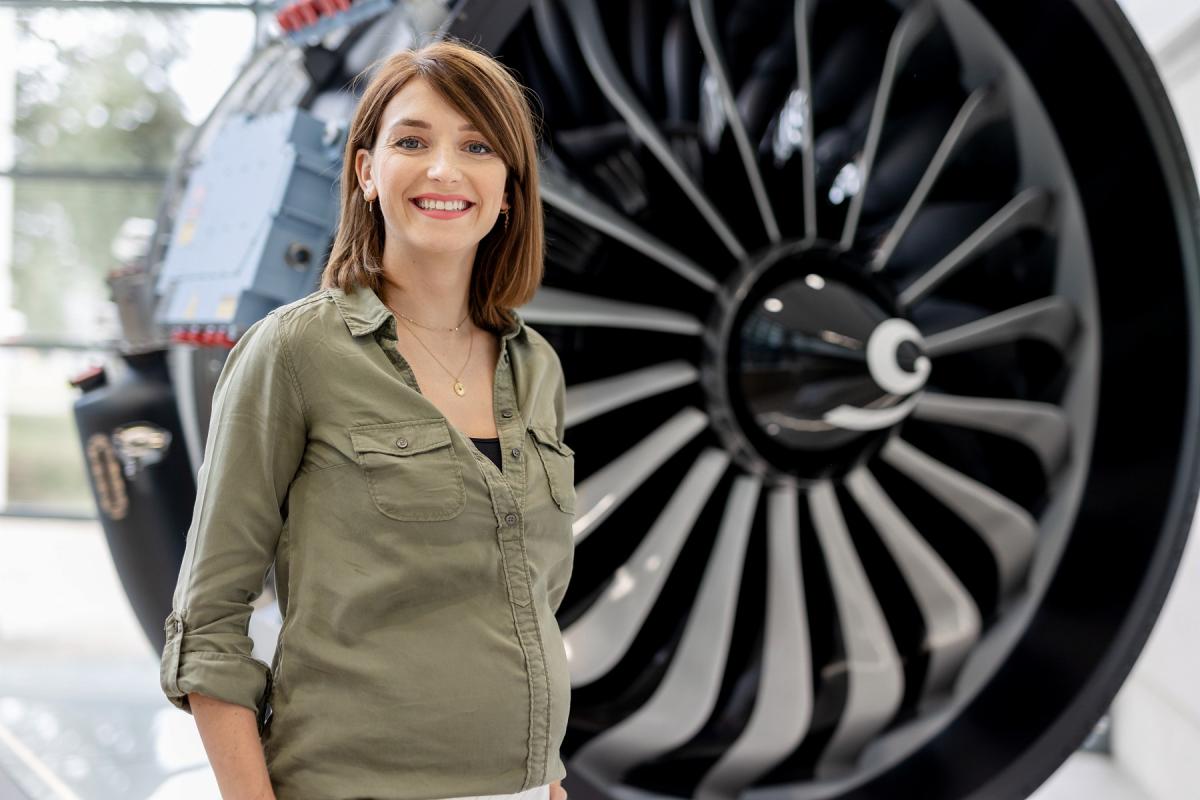 From baker… to data

Her original dream was to become a pastry chef. That was… and remains… her first passion. Ultimately, however, with her parents’ encouragement, she followed a university course in Dijon. During her Master's degree, Aurélie spotted an internship in applied mathematics offered by Snecma (now Safran Aircraft Engines) that particularly interested her. This experience then enabled her to join the group as a Health Monitoring engineer in the technical department. Her mission: to design algorithms to monitor the health of aircraft engines using a more mathematical than business-led approach.

2015 saw a change of direction for her. In the midst of the development of the LEAP engine, Safran Aircraft Engines' technical department was looking for “mathematician” profiles to help engineers analyze the huge volume of test data. A dedicated Data Lab was created for this purpose. She took over its running, and supervised four data scientists. “That was the time when Safran was launching its first Big Data-related projects,” Aurélie recalls. “Our core mission was to support different sectors of society in the exploitation of their data using our skills in statistics, algorithms and computing.” Several major projects were implemented, including the dissemination of data culture within the company's organizational structures.

In 2021, after five years of experience, Aurélie moved to Safran Aircraft Engines' Quality, Progress and Digital Transformation department as Chief Data Officer and head of the Data 4.0 unit. “ Simply put, I manage the company's entire data strategy,” she says. “Sovereignty, control and optimized use of data actually turn out to be absolutely decisive issues for the Group… at every stage.”

Aurélie has a twofold view of her already very varied career: On the one hand, her pride at being a key driver of Safran Aircraft Engines' digital evolution; on the other, genuine humility when considering the level of expertise that still remains to be acquired, particularly in the aeronautical field. And she is already looking to the future with a few plans in outline: To move gradually away from digital and become more involved in the Group's organizational, societal and environmental transformation processes. In the meantime, she divides her free time between her family life and her childhood passion – pastry. The wheel has come full circle…