TARMAC Aerosave is the European leader in aircraft storage and recycling, and Safran Aircraft Engines is a founding shareholder in it*. On April 27, the company announced the opening of a new 5,500-square-meter engine hangar for light maintenance operations, located at Tarbes airport. Alexandre Brun, President of TARMAC Aerosave since January, formerly with Safran Aircraft Engines as director of civil maintenance in Saint Quentin, provides us with an overview of the company's activities, from recycling to maintenance operations for CFM56 and LEAP engines.

What does Tarmac Aerosave do?

"Based at three sites – Tarbes, Teruel and Toulouse-Francazal – TARMAC Aerosave is an expert in the various stages through which an aircraft passes throughout its life cycle. We offer four types of services to aircraft and engine owners and operators as part of a one-stop shop. Our core business involves storing our clients' fleets and engines so as to preserve their value during periods of non-use. We park 20% of the aircraft grounded in Europe, around 250 planes. We also provide maintenance solutions for our clients' aircraft and engines – CFM56 and LEAP engines in particular. And we offer transition solutions between aircraft users (cabin modifications, different seat configurations, etc.). Finally, we are the world’s leading aircraft and engine recycling company.”

How does aircraft recycling work?

"We have developed a proprietary recycling process that meets strict environmental regulations. First, the aircraft or engine equipment is removed in accordance with the manual provided by our clients, by qualified personnel. Some parts are then reconditioned and re-certified so they can be returned to the after-sales market. Once this equipment has been removed, we "green" the aircraft, and we remove all of its components (electrical, hydraulic systems, etc.) in order to be able to start cutting up the fuselage without any risk. Some non-repairable parts are recycled. The windows, for example, are of interest to the interior design industry, while the plastic elements are used to create clothing or fleece blankets! This way, 92% of an aircraft's total weight and more than 99% of its engine parts can be recycled."

"The windows, for example, are of interest to the interior design industry, while the plastic elements are used to create clothing or fleece blankets!"

In terms of MRO for CFM56 and LEAP engines, what operations do you perform?

“Since the signing of our partnership with Safran Aircraft Engines and the extension of our Part 145 approval in 2017, we have been acting as a delegation of the Villaroche LSO** department to support MRO ramp-up of LEAP. With the inauguration of this new hangar, we will expand our capabilities to perform light maintenance operations. On the CFM56, we perform, among other things, Line Maintenance and Quick Turn operations, such as replacing the booster, the AGB-TGB*** or the top cases. On the LEAP, we perform removal and installation operations, as well as endoscopic inspections. Finally, with the support of the LSO and Safran Aircraft Engines Services Bruxelles (SAESB) shops, we are preparing to carry out our first RDS**** replacements by the summer. These new capabilities will strengthen our global expertise in engines and engine equipment, which often have a different life cycle, maintenance schedule and owner than the aircraft they power.”

100 new storage spaces thanks to the new hangar

The new workshop in Tarbes, dedicated to engines, covers an area of ​​5,500 m² and a height of 7 m. It has been specially designed taking into account the environment necessary for the storage of the most sensitive aeronautical parts, in particular by controlling temperature and humidity. Thanks to three separate work areas, this hangar offers 100 storage spaces for all types of engines, “engine line maintenance” services for CFM56 and LEAP-1A/-1B engines as well as dismantling for CFM56 family engines. In this new hangar, many light maintenance operations can be carried out: preservation, end of lease procedures, borescopy, inspections, etc.

- 150 open-ended positions to be filled

- 92% of the total mass of an aircraft recycled

- More than 99% of engine parts recycled 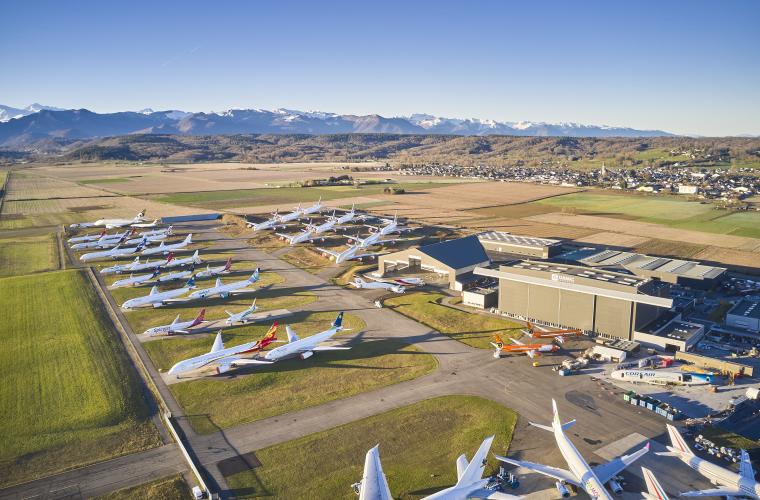 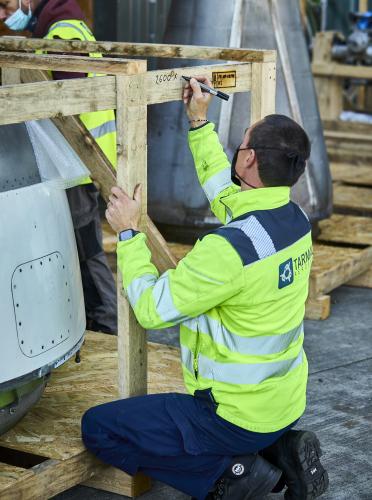 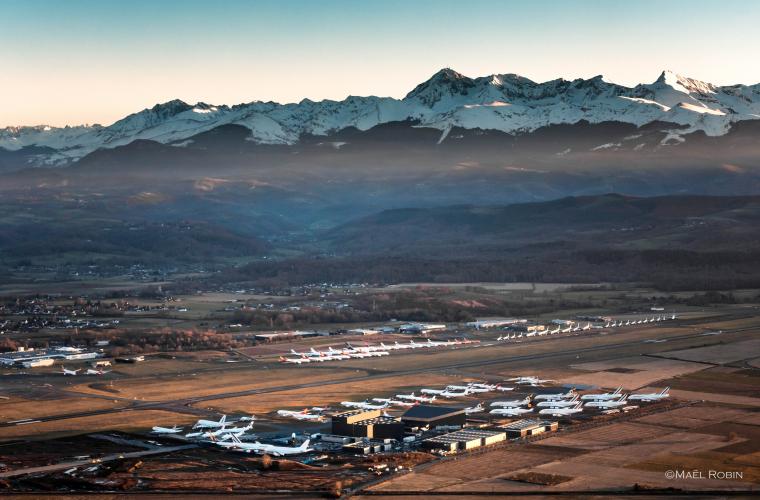 CARNAC: the concentrate of innovations from Safran Electronics & Defense for in-flight calibration

“Be inspiring to those you lead…and lead by example”

[“Radar” podcast ] RISE: on the way to carbon-free aviation!