Safran, together with players in the "Space" sector, is making a joint commitment to the "SpacEarth: Life on Earth depends on Space" initiative to uphold the vision of a sector that serves citizens and our planet.

Did you know that half of the measurements used to predict climate change are obtained from satellites? Did you know that farmers are able to reduce their use of pesticides via data collected from space? Did you know that the Galileo satellite positioning system provides the information we need to make our journeys, free of charge? Every day, we each use data from nearly 40 satellites. And yet, all too often, we reduce the space sector to a competition between the major powers, and fail to see its true value.

SpacEarth Initiative: "SPACE IS PART OF LIFE ON EARTH"

The aim of the SpacEarth Initiative campaign, led by the "Space" commission of GIFAS (grouping of French aeronautical and space industries), is to restore the image of this activity of vital importance to the general public.

"The aim is to affirm a French brand and skills. But this is no mere publicity campaign: it is also a way of ensuring a sustainable industry [which employs 18,000 people in France], and equipping ourselves to be winners who inspire pride," explains Franck Poirrier, Chairman of Sodern and an equipment manufacturer representative at Cospace.

Via this very first coalition of players from the entire French and European space industry, Safran is participating in a shared initiative to:

Jean-Marie Betermier, Space Director at Safran Electronics & Defense and Chairman of Safran Data Systems, also points out that Safran and the players in the sector are keen to adopt a responsible approach to offer Space at the service of the common good and the community.

"We [industry players participating in the SpacEarth Initiative"] are all extremely sensitive to the economic development of our activities and we are convinced that there are new services and applications to be developed which can make sense. But we all share the firm desire to adopt a responsible approach in our development. Space gives the impression of infinity, but resources are limited, "said Jean-Marie Betermier.

GET INVOLVED IN THIS CAMPAIGN!

You too can play a part in raising the profile of the space sector by promoting this campaign! 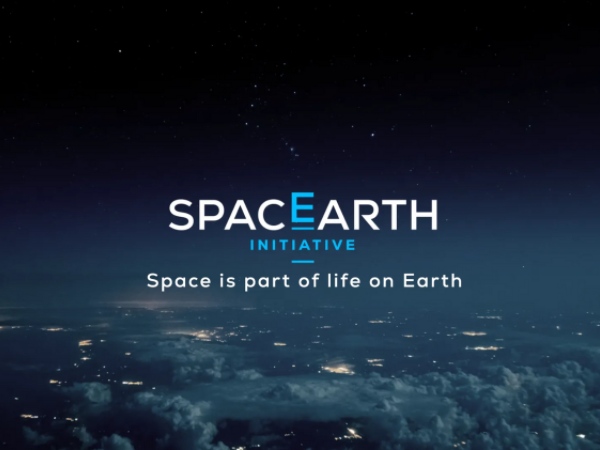