For the last 20 years, Safran Electronics & Defense has innovated to equip Defence forces with integrated capabilities, to reduce cognitive and physical load for dismounted soldiers and to enhance the modularity of their fighting systems.  With 23,000 FELIN systems in service, with the French Armed Forces, Safran Electronics & Defense has developed core expertise and key experiences to support the worldwide soldier systems market. Safran is currently preparing the future of dismounted systems for France, Europe, and beyond, through the Centurion (Fr) and Achile (EU) programs. Though these programs Safran, plays an active role in the National Defense and Sovereignty of the countries it supports.

Where it started: French Soldier System

The French FELIN Program was launched in 2001 by the French Defense procurement agency (in French DGA, Direction Générale de l’Armement), which awarded Safran its first contract in 2004. The initial systems improved the soldier operational capabilities and reduced the time for decision-making in various military operations. This first baseline marked an unprecedented leap forward regarding both capacities and technology. The concept of the program was to bring technology to the individual soldier.  The overall design aims to improve the performance of the individual soldier and improve the performance of the integrated unit. The French soldier system provides key elements for the soldier: enhanced Communication at platoon level and above; maximized Observation with day/night binoculars; improved ballistic Protection and increased Mobility. The unified, modular and comprehensive solution comes into its own through a considerable improvement in multiple functions, enabling infantry soldiers to carry out their missions more effectively. Despite the improved technology and operational execution, human decision remains at the heart of the system, and the personnel skills are as useful as ever.

The FELIN program allowed Safran Electronics & Defense to expand soldier system innovation, improve processes and to learn from field experience. FELIN has been combat proven in West African operations, against Al Qaeda in the Islamic Maghreb and continues to be systematically used in modern warfare environments. 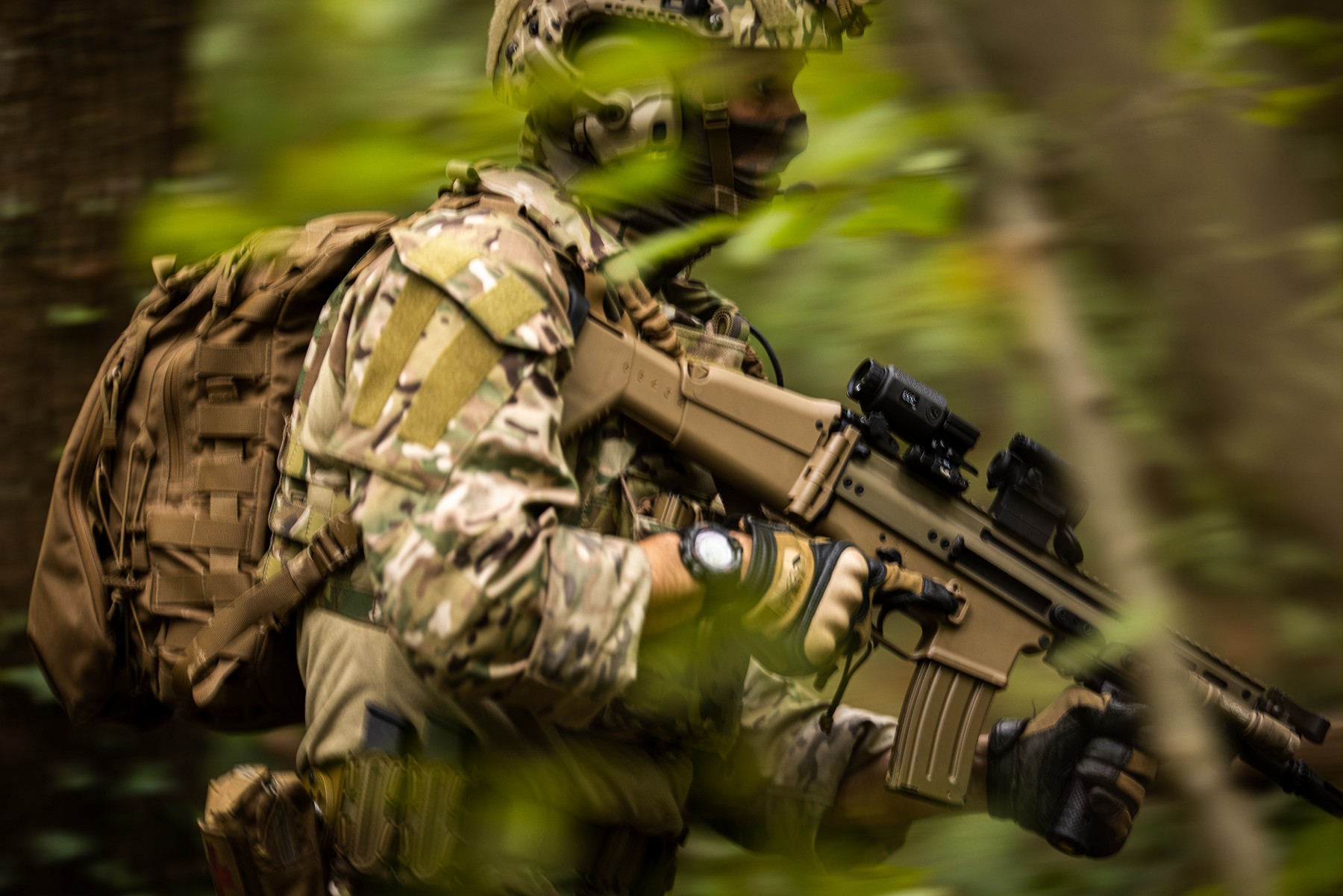 Each of our technologies is combat proven by now:
“With the [Safran] communication system, the soldiers are at the heart of the radio network. They have a much better understanding of what is going on around them. They feel more involved in the battle and more reassured in their movements. In addition, they do not need to have orders relayed to them by their team leader. This increases our ability to react in a combat situation.”


Expressed a French lieutenant based in Chad.

As the threats are evolving and because of the re-emergence of high intensity conflicts, France decided to update its soldier system program including technological evolutions through an incremental innovation processes. This emerging requirement has led to the Centurion Program.

Thus, as part of the CENTURION program, Safran Electronics & Defense is now looking to the next generation soldier system.

At the end of 2019, the French DGA launched CENTURION, a seven-year program to “speed-up French innovation” in soldier superiority. CENTURION’s aim is to build the future of French soldier systems by capturing innovations in various fields of interest (positioning and navigation, observation, weaponry, functionalized textiles, innovative interfaces, etc.) across both civilian and military sectors. As industrial architect, Safran Electronics & Defense is working very closely with the French armed forces to solve the problems encountered during military operations. Moreover, Safran is working with fifteen companies (mostly startups, labs and SME’s) to promote innovation, services and expertise, to enhance soldier systems capabilities.

Thus, CENTURION has the potential to solve an emerging problem even before the strict expression of an operational need. The system’s missions are continuously redefined to allow systems innovation and product transformation. The challenge is to create the future soldier by capturing, supporting and financing innovative ideas, and to work in close proximity with operational experts.

The CENTURION program sets up new ways to ensure and develop sovereignty. Then, as well as the CENTURION program, several soldier systems programs adopt a similar strategy: build mission systems one-step at a time, allowing the acquisition process to evolve according to the emerging threats.

Under project Land 125 Phase 4, the Australian Government is seeking an industry partner to help deliver an innovative Integrated Soldier System (ISS) capability that is underpinned by a process of continuous augmentation, supplementation, and enhancement of the current and future Soldier Combat System. In response, Safran Electronics & Defense Australasia, has teamed with two partners, BAE Systems Australia and Nova Systems Australia and New Zealand, to form Team SABRE. 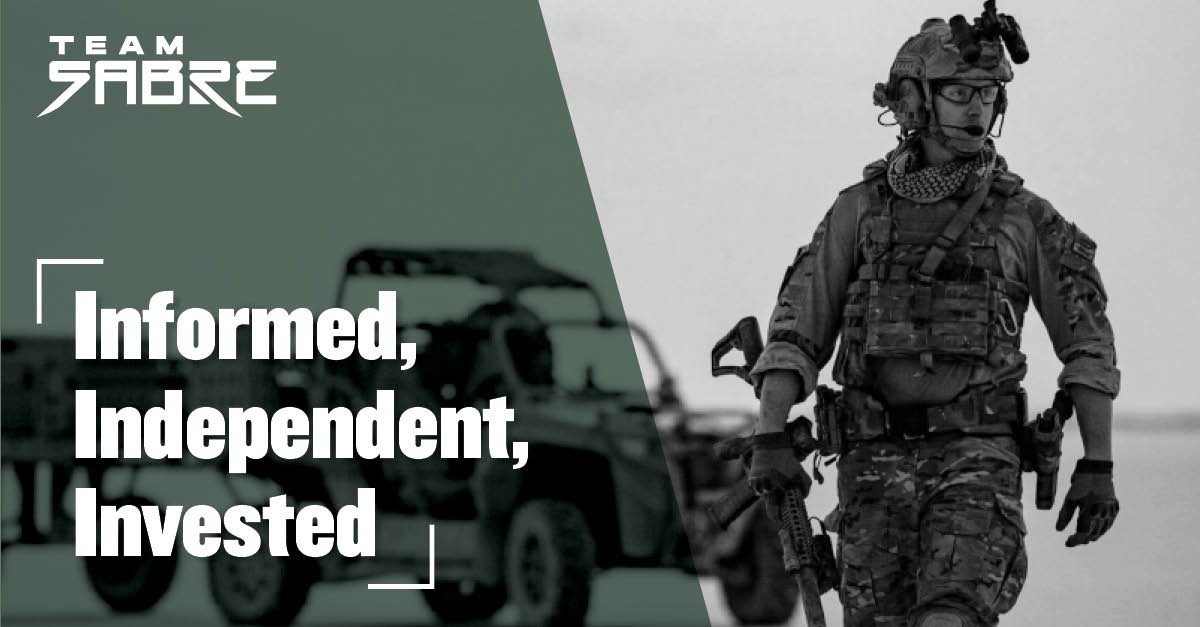 Team SABRE (Soldier, Augmentations and Battlefield Robotic Enablers) offers a comprehensive and low risk ISS service that places the soldier at the centre of the modernisation program to deliver a capability edge to the warfighter. Team SABRE provides the Australian Government, including the Australian Army with an industry partner that understands the operational context, project intricacies and provides unbiased assessment of ISS products that meet the modern soldier’s needs. Informed, Independent, Invested are the three pillars that define how Team SABRE will deliver innovative, sovereign ISS services to the Australian Army.