Safran Colibrys is a world-leading supplier of standard and customized MEMS based motion sensors for harsh environments and safety critical applications. The company is introducing a new accelerometer which offers groundbreaking performance. Designed for advanced inertial applications, the MS1000 is the best in class open-loop accelerometer on the market.

“The MS1000 is an incredible step forward, in the already competitive and demanding battleground of the high-performance accelerometers. We are now able to address new applications, which have never been served before via the MEMS technology. This new family of products pushes the limits of open-loop sensors and confirms Safran Colibrys as the absolute reference” – Marco-Carlo Rossi, VP Sales & Marketing at Safran Colibrys.

The accelerometer is based on the same small form factor hermetic package (LCC20) used for Safran Colibrys’ other sensor families. The MS1000 is now available in two different g-ranges, 2g and 10g. Next year, 5g, 30g, and 100g ranges will also be available.

Thanks to a worldwide distribution network, the new accelerometer is available for order now. More information and datasheet on MS1000 MEMS accelerometer webpage. 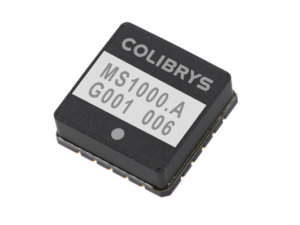 Safran Engineering Services: An expert in additive manufacturing with a focus on customers

A world champion in parasport at Safran Seats!