Safran Aerosystems Services Americas was among the sponsors of the Atlanta Air Show, which took place at the Atlanta Regional Airport in Peachtree City earlier this year. 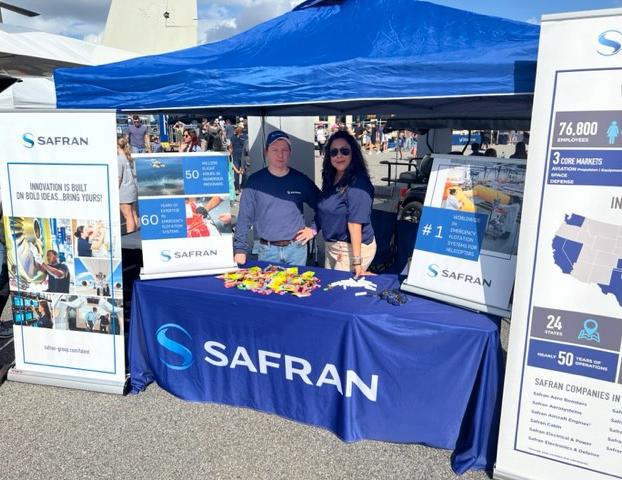 The Atlanta Air Show marked the final stop of the 2022 Air Dot Show Live Tour, and was headlined by the U.S. Navy Blue Angels flight demonstration team. Also featured during the show were the U.S. Navy Parachute Team (known as the “Leap Frogs”); a U.S. Air Force E-3 Sentry airborne early warning and control aircraft, and a demonstration of the U.S. Air Force’s A-10 Thunderbolt II combat aircraft.