"Purchasing is at the heart of Safran's operations and strategy"

Gone is the clichéd idea of the buyer, locked away in his own little bubble, disconnected from operations and focused exclusively on reducing prices! Guillaume Hauschka, Purchasing Manager at Safran Landing Systems, talks to us about what this role really involves. An exciting job that interfaces with all areas of the company, right at the heart of value creation.

When Guillaume joined the Group ten years ago, his career had been that of a design office engineer: he had a diploma from INSA Strasbourg, he had done a research assistant internship and some teaching at the Illinois Institute of Technology (Chicago, US), and had two years' experience as a service provider in the automotive industry.

But 2012 was a difficult year for the French automotive market and so Guillaume turned to aeronautics. Back then, Safran was recruiting people to support the development of its LEAP engine, and Guillaume joined Safran Aircraft Engines in the technical department to work on it. He then joined the industrial department, before moving to the purchasing department. "After several years in the same position, I wanted to see something else", he recalls. "An opportunity arose and I took it. I didn't really know what the job was about, but I had a good working relationship with the buyers who helped me in my design office role. That close relationship made me want to find out what went on behind-the-scenes of the Purchasing department".

After a training course that provided him with the technical foundations (legal, negotiation, etc.), Guillaume became a buyer at the Packaging & Equipment Center of Excellence. He was soon promoted to group leader, managing a team of three buyers, while at the same time being responsible for his own purchasing perimeter. After this positive experience, he took over as head of the department. 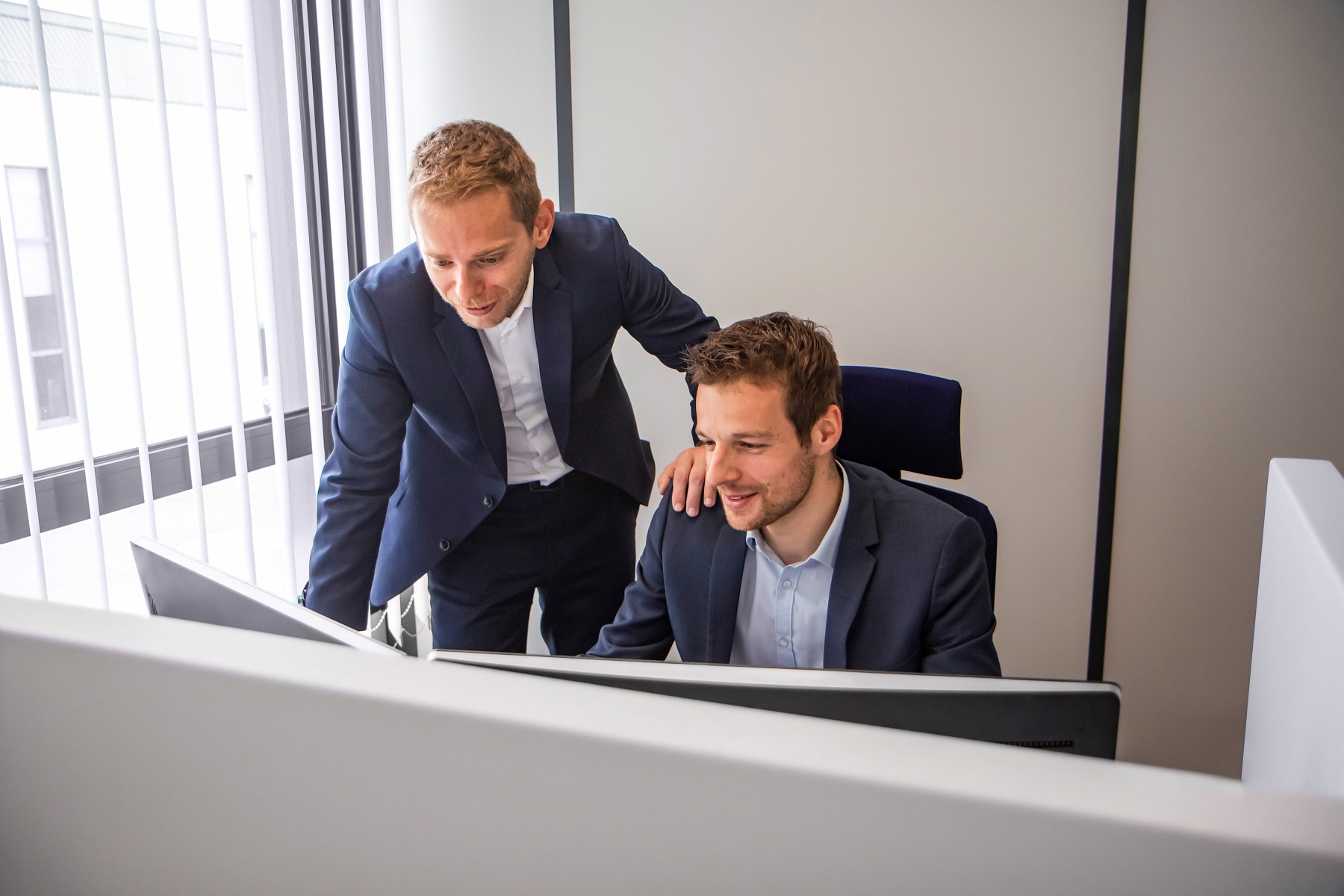 At the end of 2019, he decided he wanted to return to his native region and so set his sights on the Safran Landing Systems site in Molsheim, near Strasbourg.

"Having opportunities to work at different geographical sites and take up different positions in France and abroad, was one of the reasons why I chose the Group", he emphasizes.

He accepted a position as Supplier Performance Manager (SPM) in the industrial division, a position to which he brought his experience in supplier management. Finally, in the summer of 2021, he joined the Safran Landing Systems Purchasing Department as Purchasing Manager of the Equipment Systems Division for electromechanical equipment. Today, he manages a team of four buyers split between Alsace and the Paris region. "There are two aspects to my job: an operational aspect to do with achieving financial targets – productivity gains, supplier performance, supply chain construction, compliance with purchasing processes, etc. – and a human aspect that involves managing my team. I particularly appreciate the balance between these two roles".

An image that needs a makeover

Guillaume broke down preconceived ideas about buyers a long time ago. "It's a job that involves relationships, leadership, communication... The opposite of what you might sometimes hear! In my previous position at Safran Aircraft Engines, I organized sessions to present Purchasing to the design offices to break down the myth and perhaps attract engineers to this position. Of course, technical skills are required. But the training courses that the Group provides are very well done, as I have seen for myself." 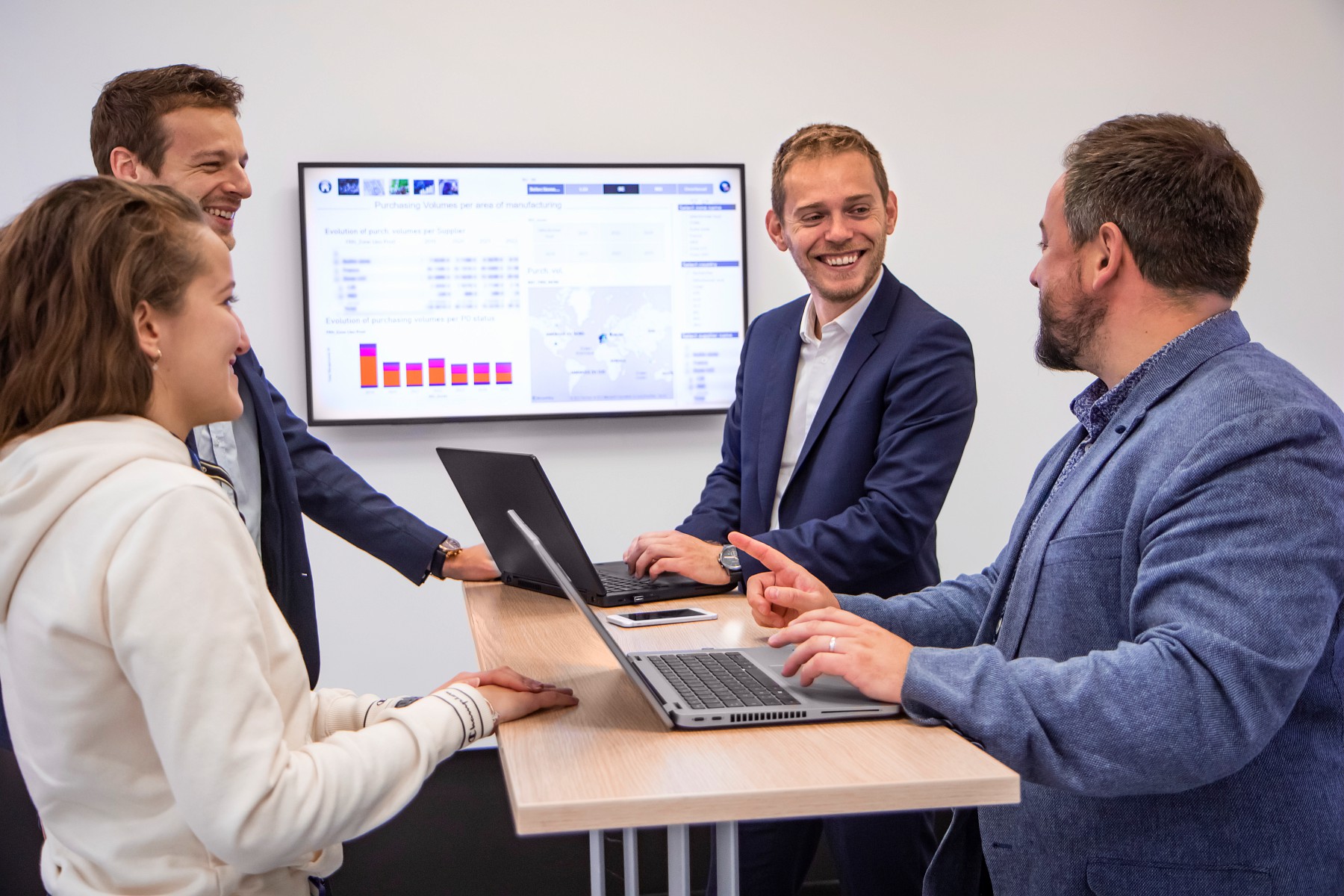 Passionate about his job, Guillaume would like to pass on his enthusiasm to others.

"Every day is different, it's a daily challenge both in terms of team management and purchasing. It is very stimulating! And I can see how what I do contribute to the company's results, which is motivating. Purchasing really is at the very heart of operations and strategy, and interfaces with all departments throughout the Group – everything from programs and quality... to supply".

However, Guillaume does not rule out the possibility of one day moving to other positions. "The interesting thing about Purchasing is that it benefits from the sheer diversity of the people involved in it, allowing you in turn to move on to other jobs. It is a professional springboard and we are lucky to be in a Group that allows us to build this type of career path. So, be daring!"