CFM International, the 50/50 joint venture between Safran and GE, launched the RISE (Revolutionary Innovation for Sustainable Engines) technology development program in June 2021. RISE aims to design sustainable aircraft engines that will reduce fuel consumption and CO2 emissions by over 20% versus current engines. One of the approaches being studied by RISE to improve propulsive efficiency is a hybrid layout combining thermal and electrical power.

Pierre-Alain Reigner, product architect in the propulsion systems design department at Safran Aircraft Engines, and Philippe Delbosc, electrical systems architect in the power conversion department at Safran Electrical & Power, have been working together for two years now on hybrid propulsion concepts for RISE and, more generally, various hybrid layouts for turbomachinery used in both civil and military applications. 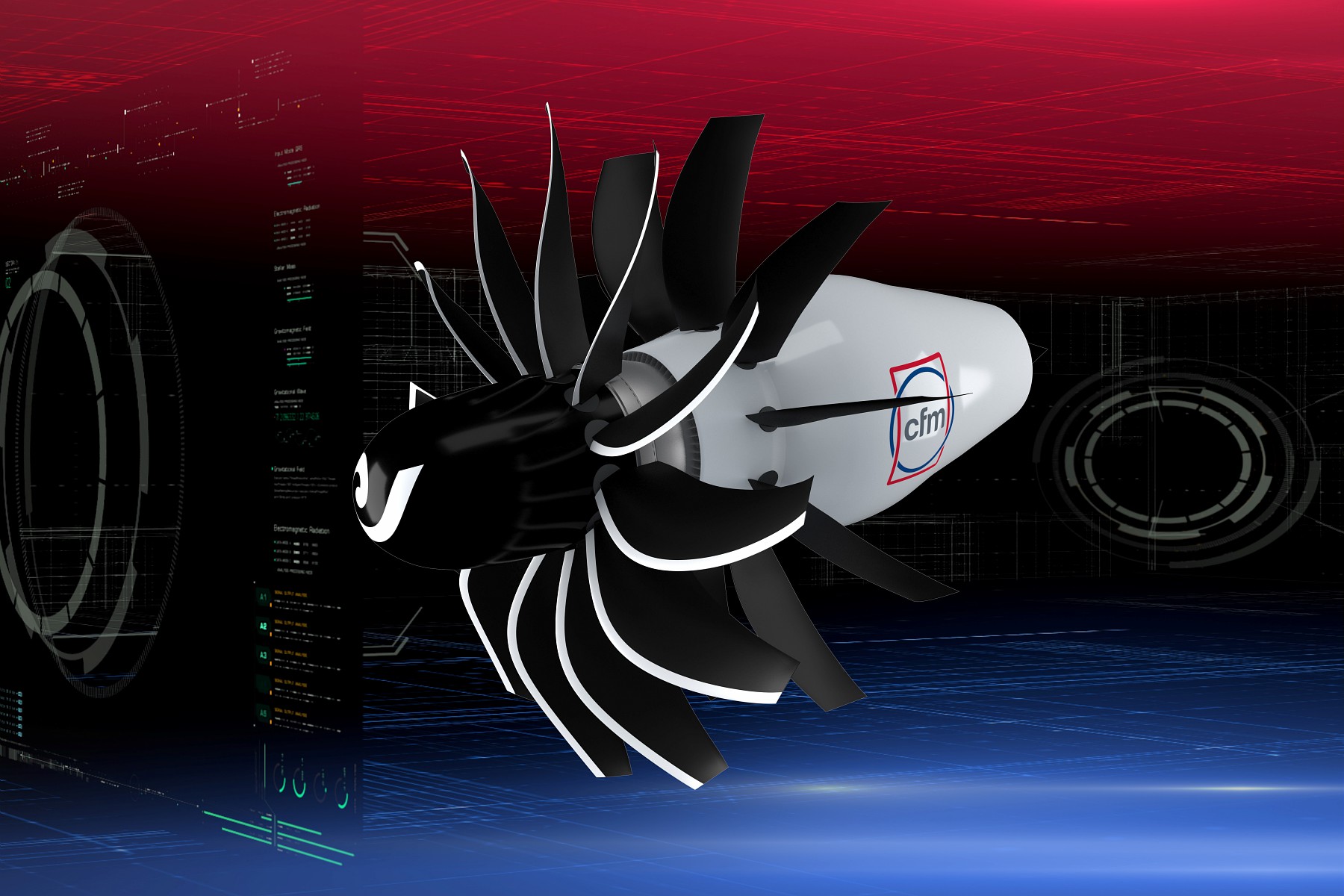 GE and Safran are evaluating several promising architectures as part of their technology maturation plan. The most ambitious, the one that will yield the greatest benefit – is open fan architecture.

The design of the electrical components is being handled by Safran Electrical & Power whose teams have long-standing expertise in these areas, while Safran Aircraft Engines needs to enhance its skills in these areas to manage future developments as prime contractor. The two partners therefore joined forces right from the initial stages of RISE. “Our aim is to cross-fertilize these areas of expertise,” explains Pierre-Alain Reigner. “Safran Electrical & Power’s in high-voltage systems, as well as power generation and distribution, and Safran Aircraft Engines’ skills in propulsion system integration. This co-engineering approach is essential if we’re going to accelerate maturation and develop the best solutions regarding both technology and cost-competitiveness.”

Philippe Delbosc shares this vision, as he explains: “Turbine engines already incorporate power generators to provide electricity for the plane, but not to the extent we’re aiming for. By introducing a hybrid system, we could deliver disruptive solutions in terms of power, voltage and applications, along with new equipment designed for high-stress environments. Our partnership allows us to understand engine requirements and offer targeted solutions, while Safran Aircraft Engines is acquiring the fundamental knowledge needed to facilitate integration.”

Philippe and Pierre-Alain are in regular contact, which also facilitate dialogue between with the teams at their respective companies. At Safran Aircraft Engines, this means the engineering department and design offices for modules in interface. At Safran Electrical & Power, this covers teams in charge of designing components integrated in the electrical system (electrical machines power converters, distribution and protection units, wiring). Their proximity allows Safran Aircraft Engines and Safran Electrical & Power to speak with one voice to partners like GE and customers like Airbus.

Both agree that the key to success is transparency. “It’s vital to maintain open communications, not only regarding achievements, but also difficulties, because that’s how we can jointly find the best solution,” notes Pierre-Alain Reigner. Philippe Delbosc adds, “It’s not always that obvious, because we have to look at everything, both requirements and solutions. And we have to accept uncertainty.”

Curiosity, and keeping an open mind

The joint experience they’ve built up over the last two years has allowed them to draw up a (non-exhaustive) list of the skills needed for a hybrid project. “As a project architect, curiosity is vital,” says Pierre-Alain Reigner. “Not in terms of becoming an expert on electrical systems, but to understand the key factors in system design, synthesizing this information and setting priorities. For Safran Aircraft Engines teams who join hybridization projects, and who – like me – are not specialists in electrical systems, the course at Safran University called ‘Introduction to electrical systems’, is a good starting point to learn about these issues Other more specialized training will be needed to support the ramp-up of the projects.”

According to Philippe Delbosc, a good grasp of how turbomachinery operates is also important. “At the same time, you need to be very aware of RAMS(1) requirements, and the dependability of electrical equipment in severe environments. You should also feel free to propose solutions. We’re in a fairly new field where trails need to be blazed – which makes it a very exciting challenge!”

Safran and the climate challenge