With the integration of Orolia, Safran completes its range with a disruptive technology to strengthen national sovereignty

Orolia officially became part of the Safran fold on July 8th. This integration means that the Group now has two fully autonomous pillars, namely inertia and time. Safran aims to become a world leader in resilient PNT, a key domain for the security of critical national and para-national platforms and infrastructures.

In the current geopolitical context, the defense and procurement platforms alongside critical infrastructures need more than ever to be resilient, whatever the degraded state of their immediate environment. Yet at this time, many depend on positioning-navigation-time (PNT) systems offered by GNSS satellites (Global Navigation Satellite Systems), which by their nature are vulnerable. Indeed, aside underground locations, jungles, and other environments where satellite signals are only partially or not at all accessible, certain jamming methods are extremely simple to deploy, while spoofing (cyber-attack by identity theft) and jamming methods are ever more sophisticated and effective. When conjugated with rising international tension, this vulnerability threatens military operations and the security of critical infrastructures, and subsequently national security.

For this reason, Safran opted to integrate Orolia, to possess methods of making PNT systems more resilient to such threats. Orolia employs over 400 people in Europe and North America. It specializes in atomic clocks, time servers, GNSS signal simulation equipment, as well as emergency locator beacons for aircraft and military applications. When coupled with Safran skills in inertial technologies, Orolia technologies will enable the Group to propose a full range of resilient PNT systems, i.e. robust against disruptions from external signals on global navigation satellite systems. Equipping the platforms and critical infrastructures with our products and technologies will augment the resilience of GNSS systems and eliminate environmental restrictions as well as a large number of threats. 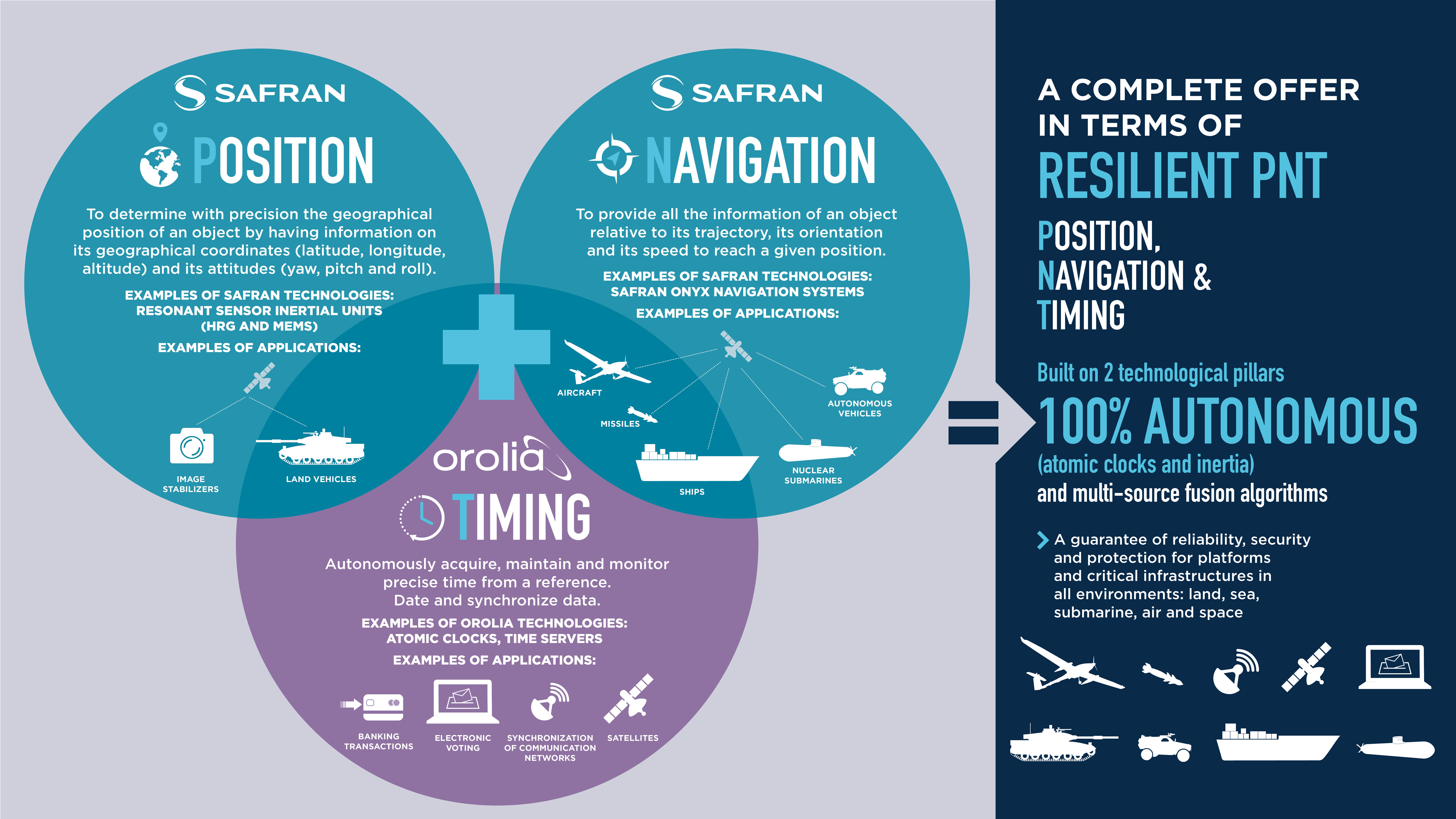 The acquisition of Orolia makes Safran one of the rare industrial operators to possess all PNT technologies, merging the precise time reference systems of Orolia with the tried and tested inertial navigation systems of Safran Electronics & Defense. Our joint ambition is to become the world leader in resilient PNT to cover all strategic and conventional applications.

For more information on the integration of Orolia
Latest news
Business