The birthplace of the aviation industry in France, Gennevilliers carries on a unique tradition of expertise reaching back some 115 years. Today, the Gennevilliers plant has over 1,500 employees. Today's meeting with the French transport minister allowed local staff and Safran's senior executives to present the facility's forge and foundry operations, along with the spectrum of skills required to meet the challenge of decarbonizing aviation. According to Jean-Baptiste Djebbari, "The best way of helping the aviation industry weather this crisis is to invest, innovate and invent a zero-emissions aircraft by 2035 – and we're fully capable of rising to this challenge!"

Safran Aircraft Engines CEO Jean-Paul Alary added, "In 40 years, we met the key challenge of reducing our engines' carbon footprint by 40 percent. Today, we face another major challenge, namely developing our skills and expanding investments to bolster our leadership in this field. We were delighted to present the cutting-edge professions involved, our extensive expertise and the skills of our fully committed employees. Research, technology and innovation are critical factors in bolstering our position as a world-class engine-maker. We discussed the major challenges that lie ahead in all of these technologies, starting with critical materials and processes, especially concerning forging and casting."

Excellence and the Future

Also present at this meeting was Mickaël Nogal, a French a member of the French parliament tasked with overseeing the aviation industry recovery initiative. He concluded the visit with two watchwords: Excellence and the Future. By excellence, he was referring to the "precision work of operators who are passionate about their professions;" looking ahead, he reiterated his confidence in Safran's ability to contribute to future eco-friendly aircraft.

The French transport minister, Jean-Baptiste Djebbari, was especially impressed by the plant's forge and foundry capabilities. He said, "Our industry is fully committed to decarbonizing aviation. Safran represents an industry with extensive skills and expertise, one of the world leaders in aircraft engines, which also contributes to the sustained employment of highly qualified workers. We visited the forge and foundry, and that's where I saw the real force of this industry and the global influence of France." Subsequently, he tweeted, "Here we saw a true expression of French ingenuity." 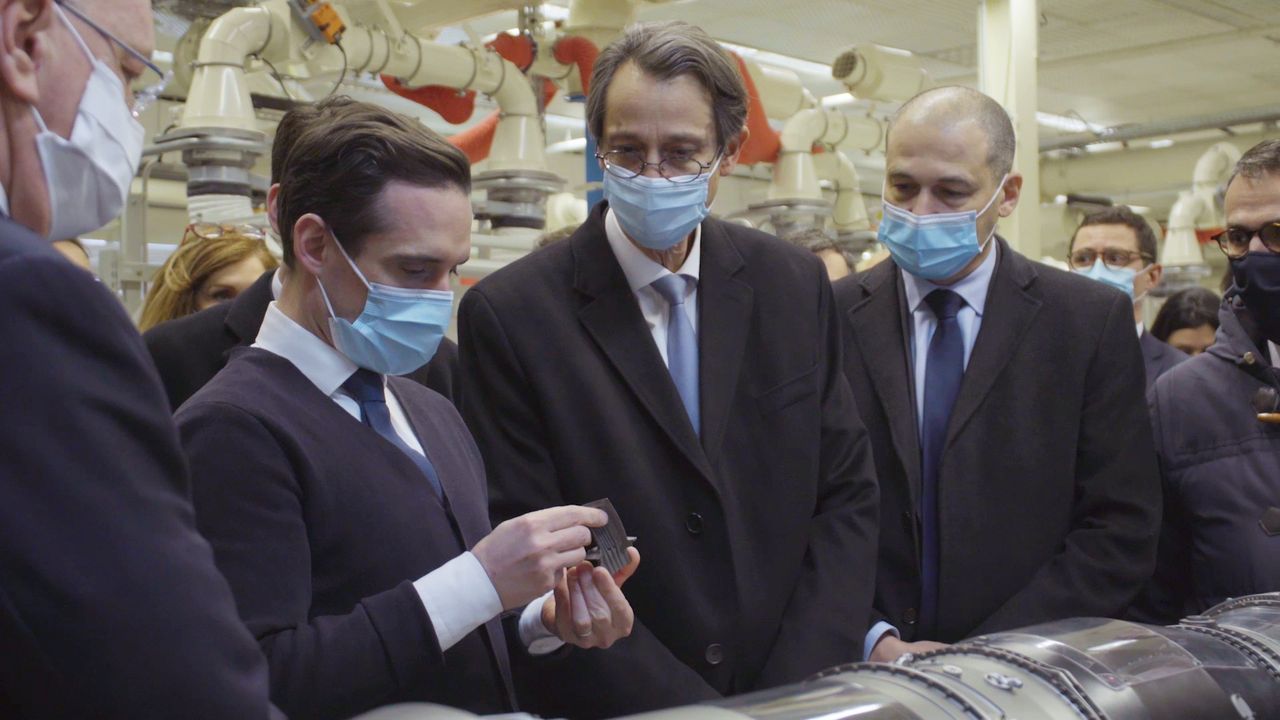