The Euroflir 510TM from Safran: the new eye of the Tiger

The Tiger is getting an update! This combat helicopter used by the French, Spanish, Australian and German air forces, has began an overhaul phase which will improve its performance. For this purpose, it will be equipped with the new EuroflirTM 510 sight from Safran Electronics & Defense.

The Tiger, a high-end aircraft to support land forces.

The Tiger project began in 1984, buoyed by the determination of the French and German governments to have a multi-purpose support helicopter for land-based armed forces. The first prototype, developed by Eurocopter (now Airbus Helicopters), took to the skies on April 27,1991.

The developed helicopter is similar to the American AH-64 Apache in terms of its capabilities. However it is much lighter (mass 40% less), since kevlar and carbon fiber are incorporated into its structure. This gives it greater range and makes it more maneuverable than its equivalent on the other side of the Atlantic. It can fly at a speed of more than 315 km/h over a distance of 800 km. In addition, the Tiger has a greatly reduced radar, thermal and visual signature, to make it as stealthy as possible in airspace. 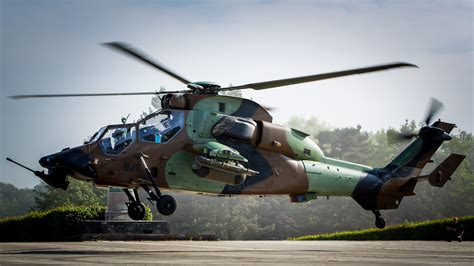 After several tests and certifications, operational experimentation of the Tiger began in 2007 in the light aviation division of the French army. It was subsequently deployed to support French armed forces in Afghanistan, Libya and also Mali as part of the Barkhane operation.

At present, 180 Tiger helicopters are being used by the French, German, Spanish and Australian armies. Originally the Tiger was produced in four standard versions: anti-tank (UHT), support and escort (HAP), support and destruction (HAD) and armed reconnaissance (ARH). These versions are mainly differentiated by the armaments they carry. As part of the mid-life modernization of the Tiger, the main objectives of which are to improve performance and to standardize all the French Tigers as HAD, Safran Electronics & Defense received an order from OCCAR (organization for joint armament cooperation) for EuroflirTM 510 sights.

85: This is the number of the latest generation EuroflirTM 510 sights that are going to be fitted to Tiger helicopters in the French (67 sights) and Spanish (18 sights) air forces as from 2027.

Until now, Tigers were equipped with the gyrostabilized Strix sight developed by Safran, incorporating in particular a thermal imager, a daylight camera and a laser designator. Starting in 2027, these sights will therefore gradually be replaced by the EuroflirTM 510, which delivers the best operational performance to support armies in theaters of operations. The EuroflirTM 510 is installed above the gunner and captain, on a roof mounting. It will bring the crew unbeatable observation performance, even in conditions of degraded visibility, offering the capability to neutralize threats by both day and night. The EuroflirTM 510 is designed for easy integration into the Tiger, and enables all the helicopter’s armaments to be used. 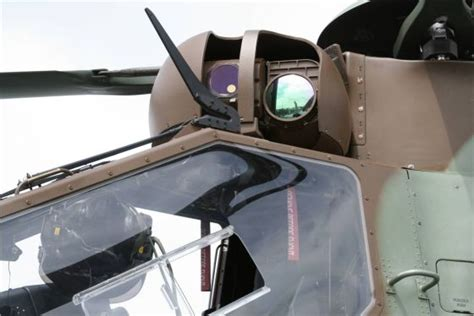 The Strix on a Tiger

The EuroflirTM 510 optronics system carries 12 sensors in a small volume, including an inertial navigation unit, around a multi-spectral telescope with a very long focal length. It delivers ultra high performance stabilization of the line of sight. The EuroflirTM 510 has several observation channels in order to cover all the spectral bands (visible, near infra-red, SWIR, thermal MWIR and LWIR), 4 types of lasers as well as an integrated see spot capacity, and supplies full resolution digital video streams.

Thanks to all its sensors, combined with powerful embedded image processing capacities, the EuroflirTM 510 makes a major contribution to enhancing onboard visualization ergonomics. This reduces the cognitive load for operators during their missions: flying in degraded conditions, remote identification of missile security, gunnery and guiding of missiles and rockets.

We are proud to contribute to European strategic autonomy, by being one of the key players in modernization of the Tiger helicopter, which will be equipped with our new EuroflirTM 510 optronics sight, at the leading edge of technology.

This success confirms Safran’s position as European technological leader in the extremely demanding segment of onboard optronics for attack helicopters. Safran Electronics & Defense is developing and manufacturing the EuroflirTM 510 optronics systems in France. Several of its sites will be mobilized for the first deliveries, expected in 2027.