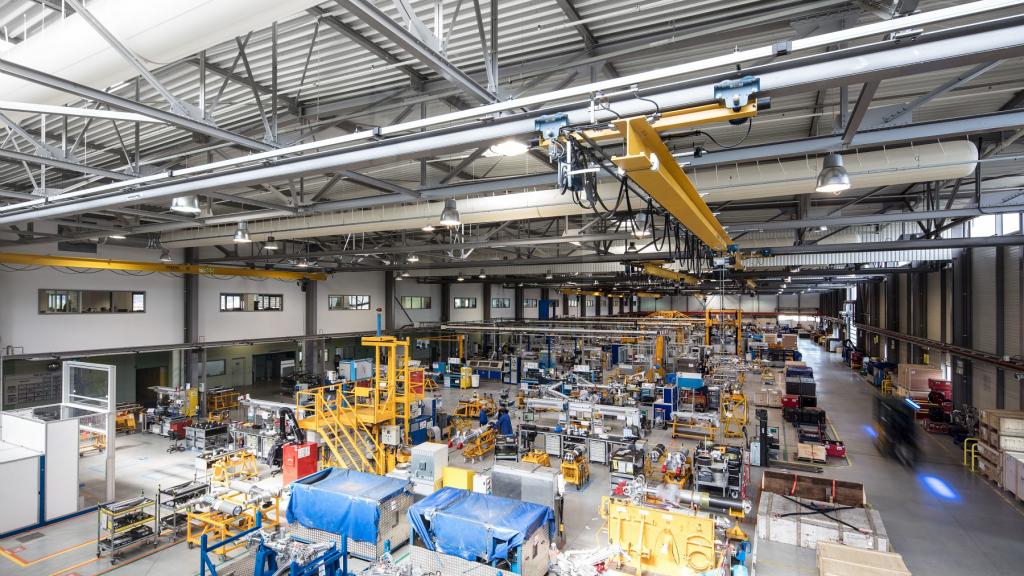 This site specialises in the production of large machined parts, including cylinders, as well as in the assembly of complete shock absorbers and gears for large commercial airliners, regional aircraft and business jets, as well as military aircraft and helicopters.

As part of major business programs, the site produces and assembles: