Morocco Safran, a leader in the Moroccan aerospace sector

Safran has been present in Morocco for over 20 years and employs there nearly 3,400 people in eight companies and joint ventures. The Group leads the country’s aeronautics sector and maintains close partnerships with industrial businesses in the sector, and with the country’s government institutions and training centers.

Nearly 3,400
staff in Morocco
70 %
of employees in the country are women
Our activities in Morocco 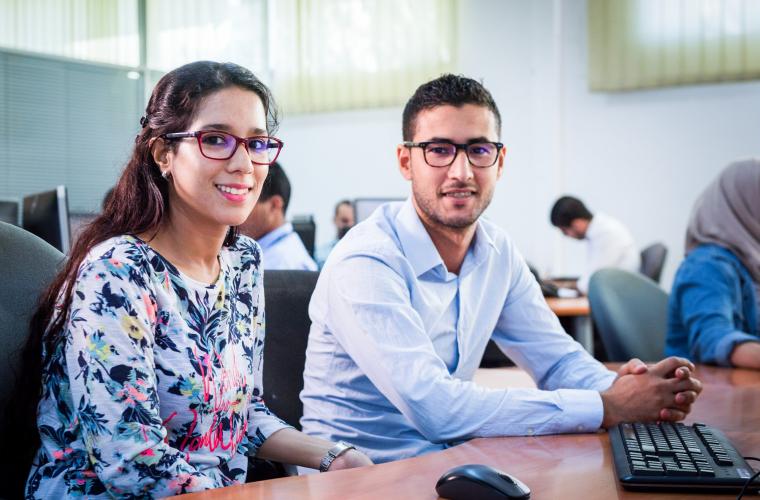 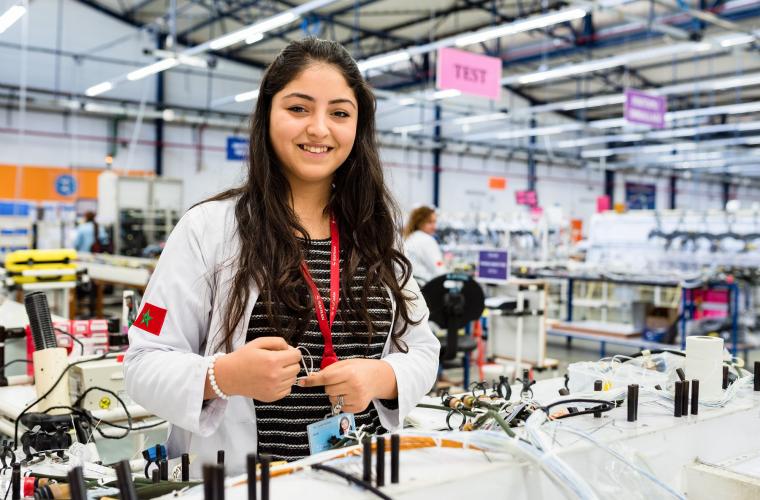 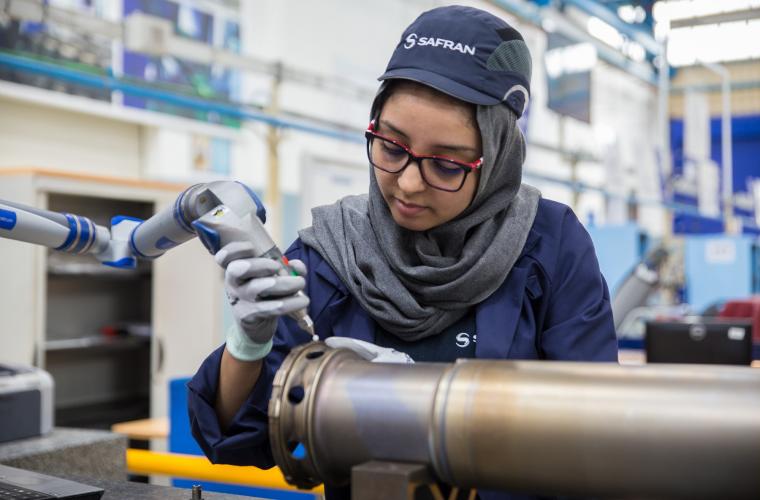 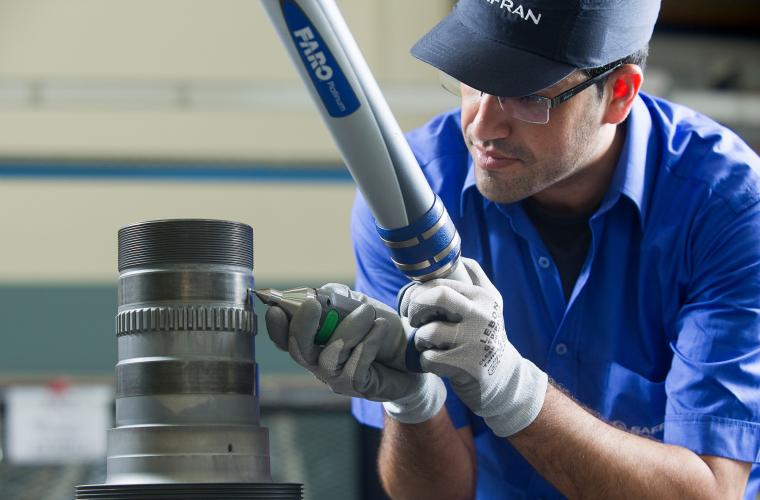 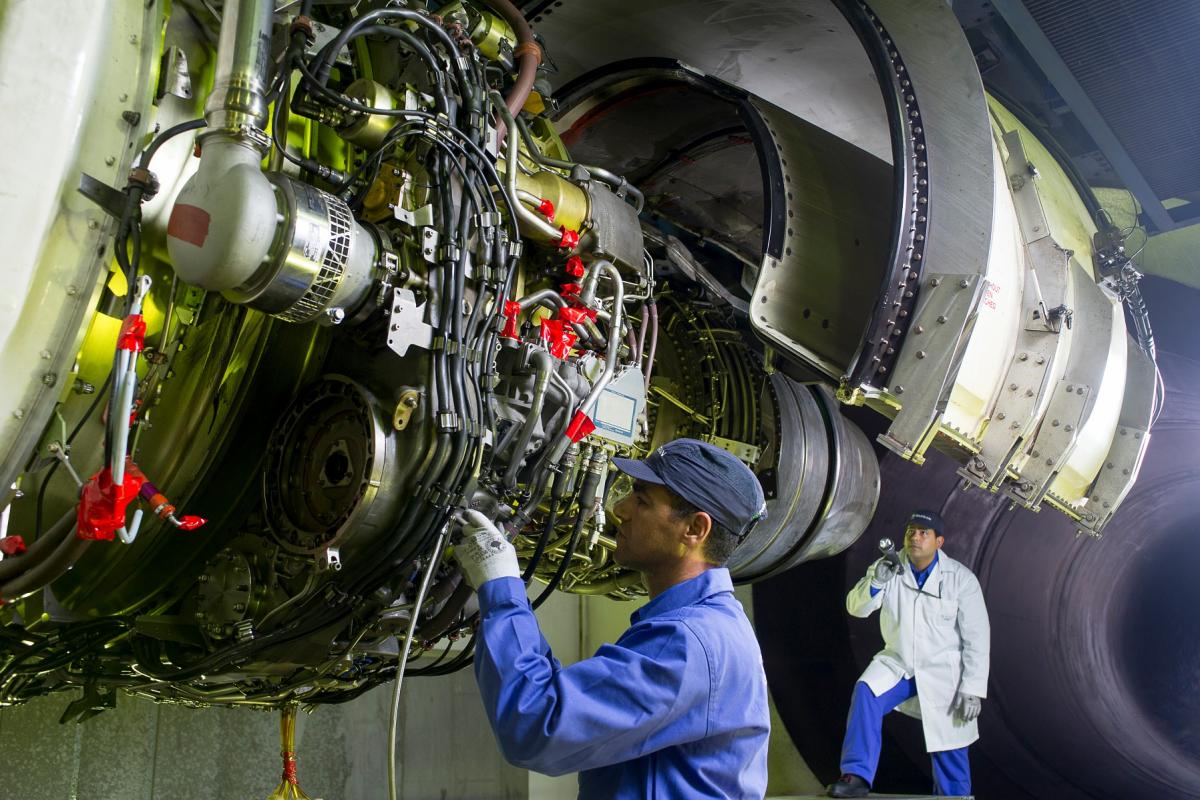 Safran supports and aids the Moroccan government’s aim of making the country a center of excellence for the aeronautics industry and a competitive base at the gateway to Europe. Safran arrived in Morocco in 1999, with the creation of Safran Aircraft Engine Services Morocco, a joint venture between Safran Aircraft Engines and Royal Air Maroc that specializes in the maintenance of aircraft engines. Located within the boundaries of the Royal Air Maroc industrial area, near the Mohammed V international airport, it is today the leading African company maintaining the CFM56® engine, the engine with the highest worldwide sales. 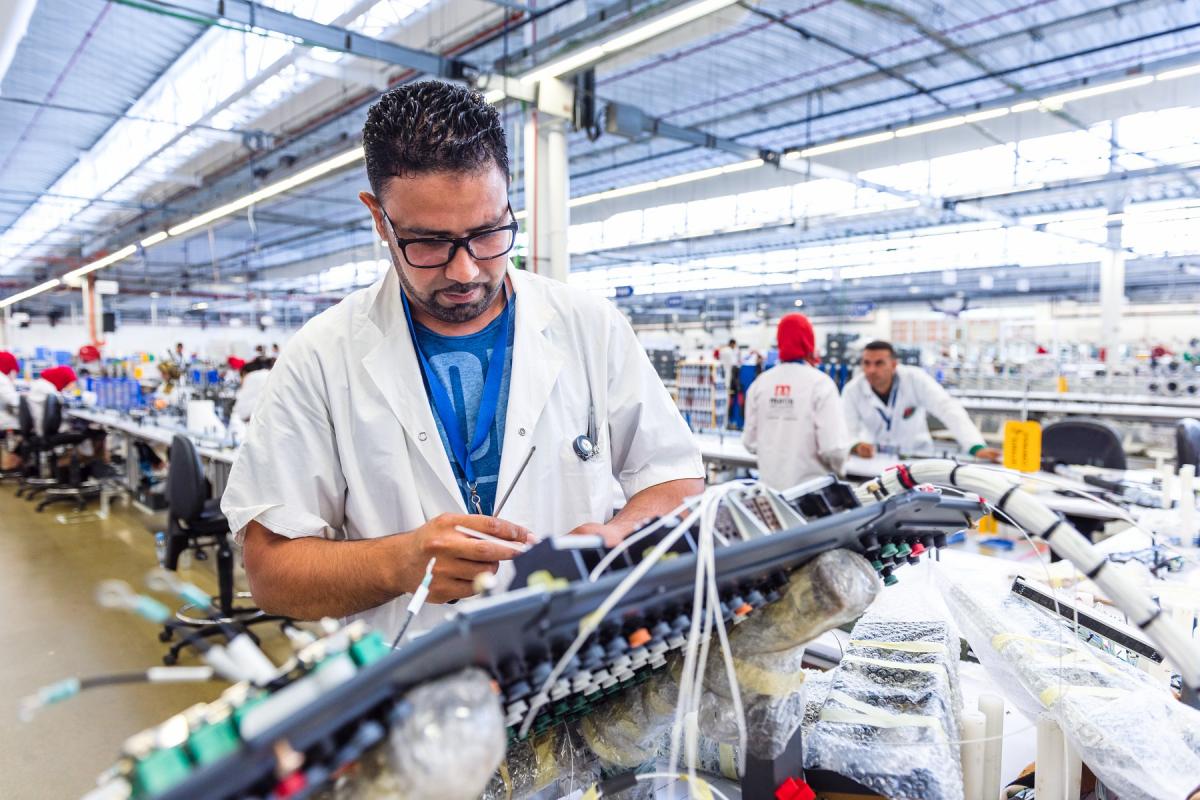 MATIS Aerospace, a joint venture between Safran Electrical & Power and Boeing, has been producing electrical harnesses since 2001. Located at Nouaceur near Casablanca International Airport, the business supplies 150,000 sets of wiring per year to manufacturers such as Boeing, Airbus and Dassault, and also engine harnesses for the LEAP®, CFM56® and GE90 programs. The site has won the Silver Award (the second prize in the “best Boeing suppliers” ranking) in the Production and Design category five times. It has also achieved Gold Level under both Safran’s Health, Safety and Environmental (HSE) standards and Safran Electrical & Power’s Supply Chain standards. 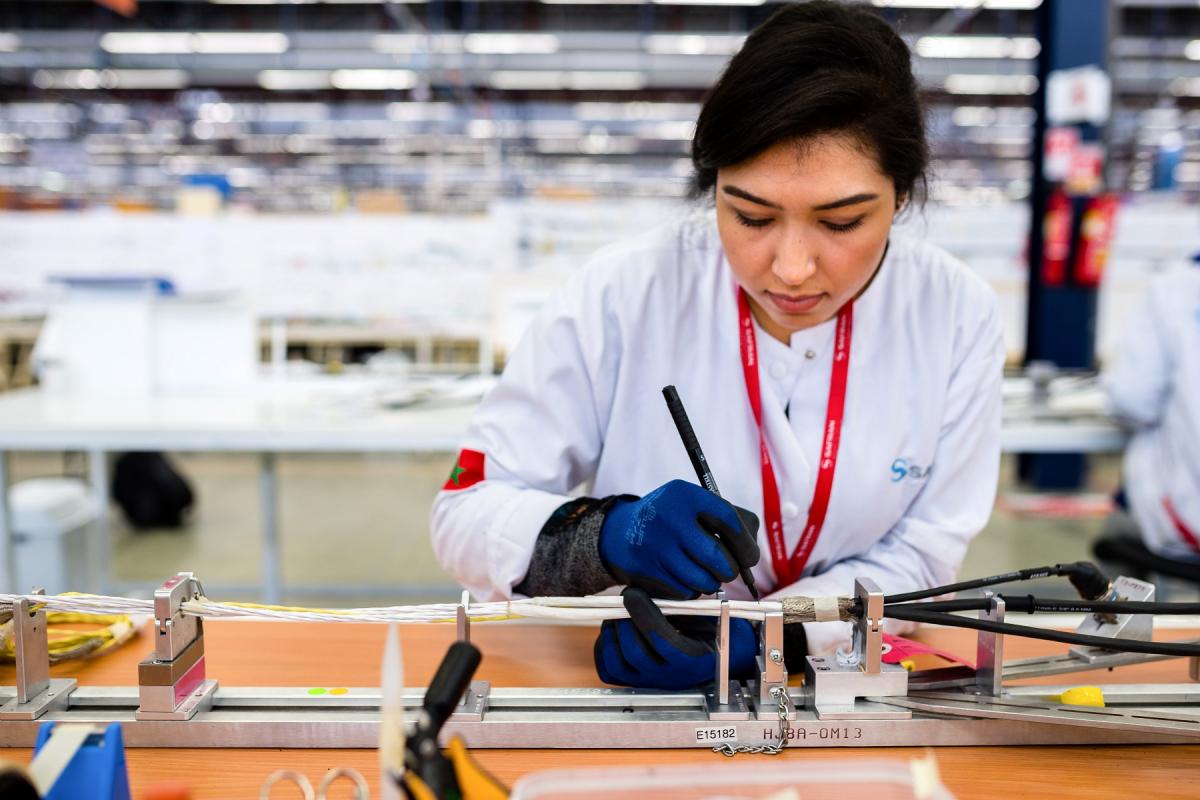 Since 2004, Safran Electrical & Power Morocco has had a center of excellence at Rabat-Ain Atiq, specializing in wiring harnesses for Airbus aircraft and for helicopters. It is one of the largest plants in the world specializing in this business. The wiring sets delivered in 2018 represent more than 30 million electrical connection points. 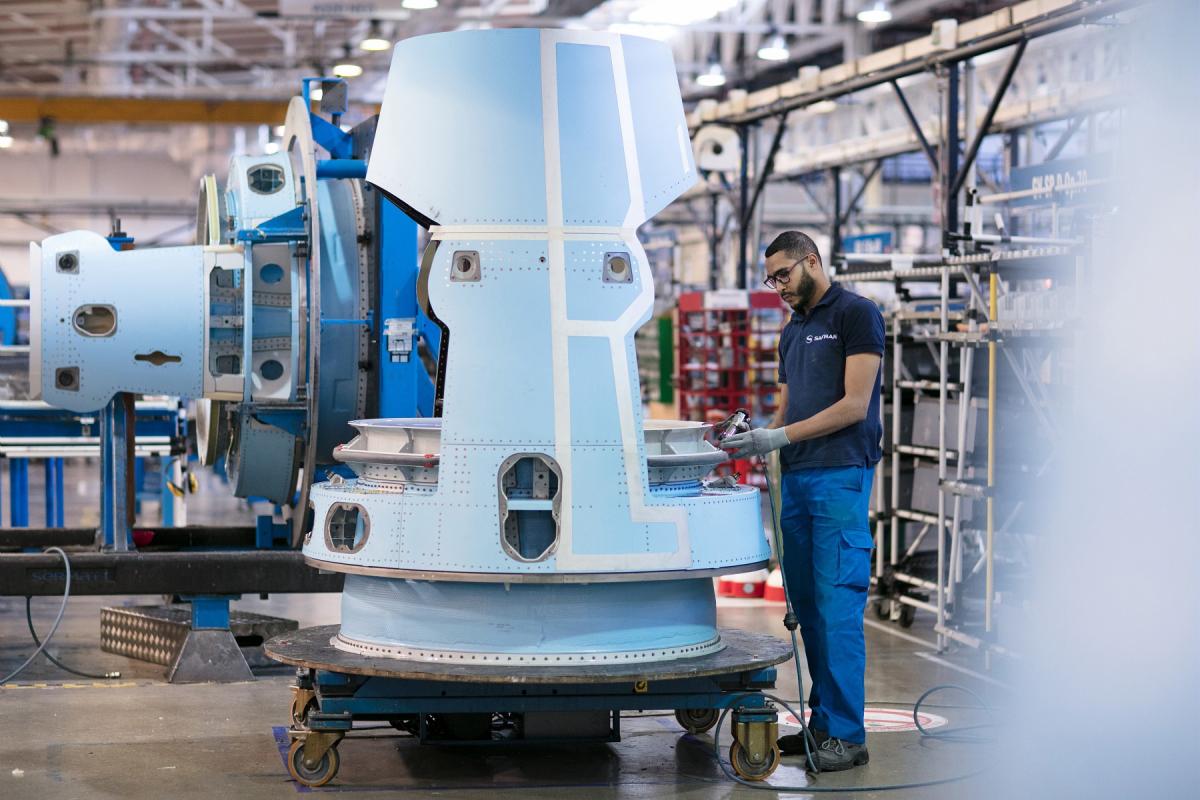 Safran Nacelles Morocco has a plant at Nouaceur specializing in producing composite materials and in assembling nacelles and sub-assemblies. It is the first industrial site in Morocco to have manufactured aircraft parts from composite materials. Created in March 2005 and operational since February 2006, the site now supplies eight aircraft programs. 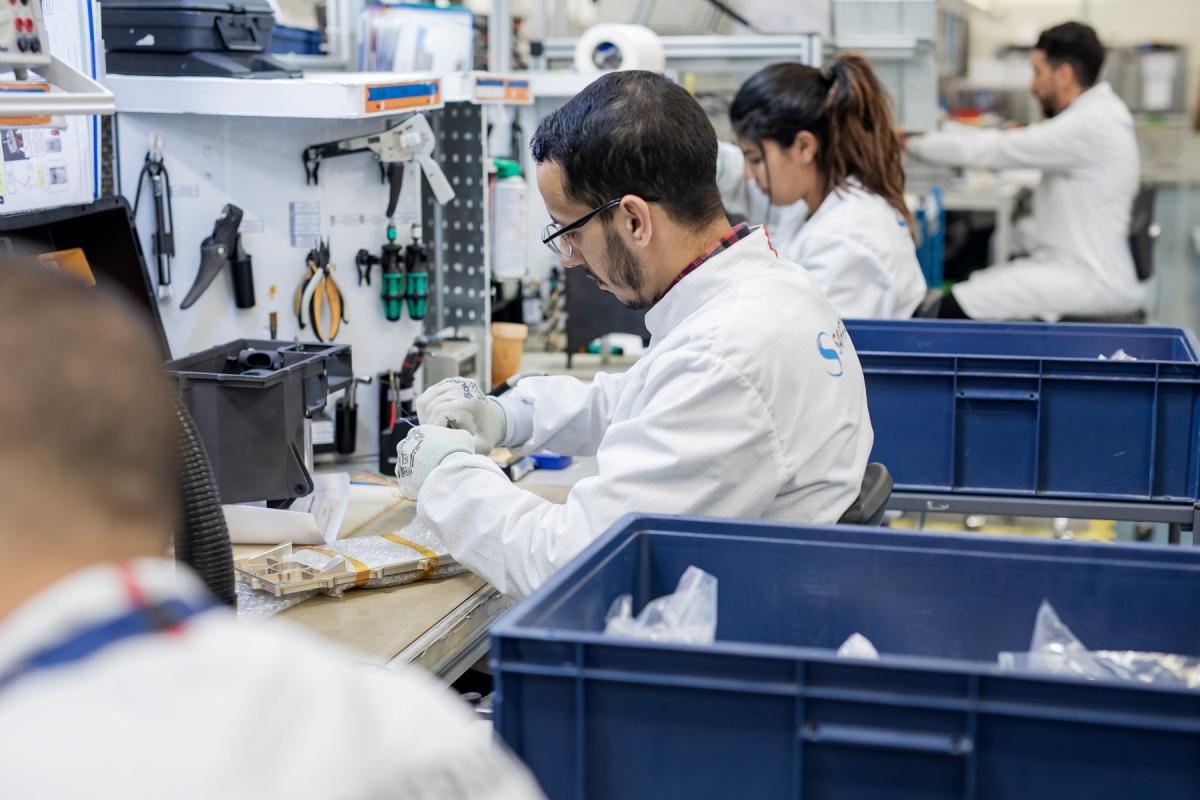 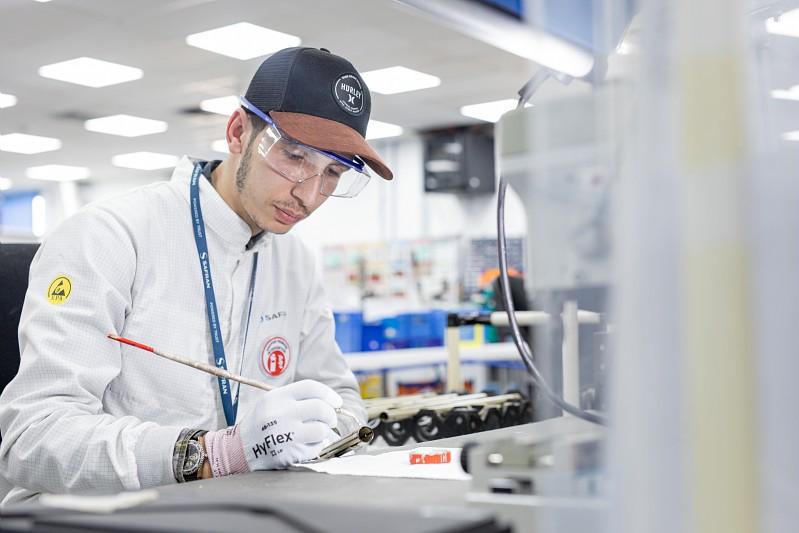 Located in the industrial park in the town of Tiflet, Safran Aerosystems Morocco installs, regulates and tests electronic and mechanical equipment used mostly for fuel products.

Since 2005, Safran Engineering Services Maroc has provided engineering services to other Group companies. It has two separate operational sites, one at Casablanca and the other at Sala Al Jadida, near Rabat.

Safran Maroc was created in 2014 and brings together the shared-services centers for finance, human resources, safety and purchasing for its subsidiaries and for the Group’s central departments.

Safran’s activity has stimulated the emergence of an extended and efficient local supply chain: the Group has developed a policy aimed at bringing its suppliers as close as possible to its sites in order to improve the responsiveness of its Moroccan production system. 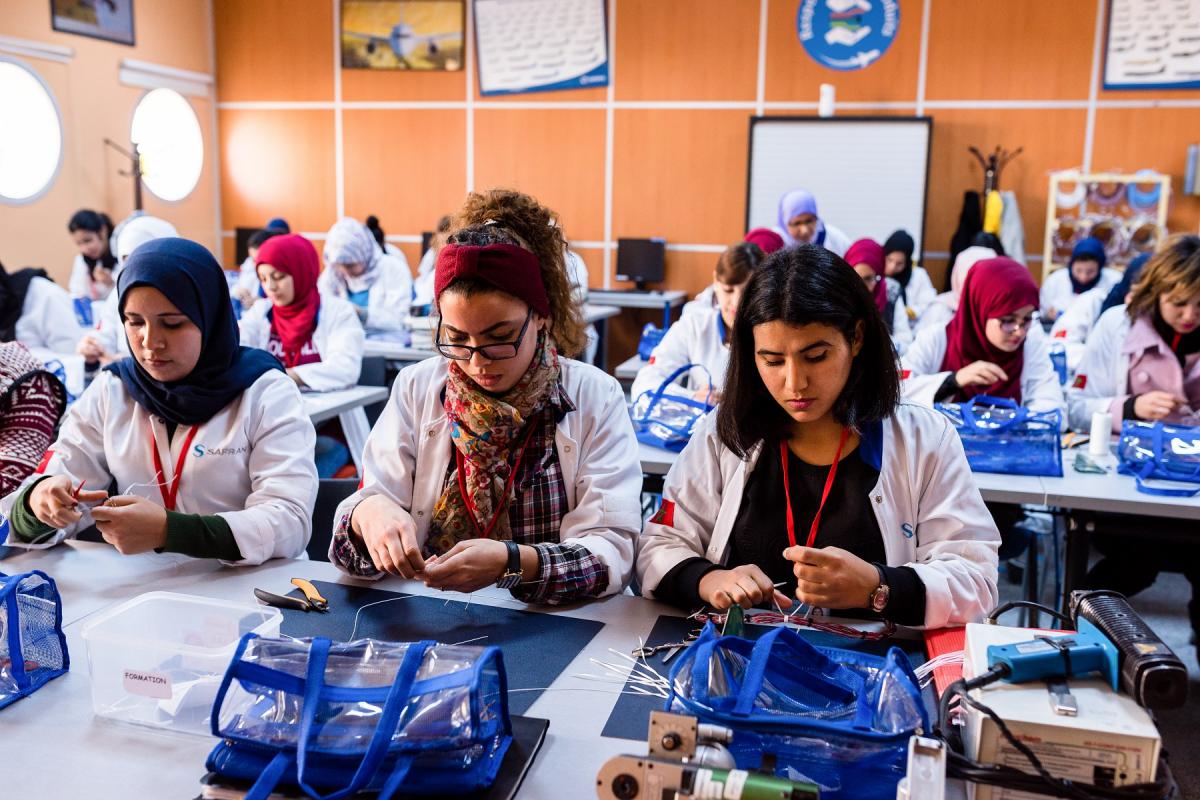 A commitment to training

In partnership with the Moroccan State, manufacturers and universities, Safran has an active policy of supporting aerospace training in Morocco. For instance, the Group was a major player in cementing the partnership that led to the creation of a training institute in 2011 in Casablanca for the aeronautics trades (Institut de Formation aux Métiers de l’Aéronautique - IMA). The Institute offers courses with high added value to train new apprentices in the aeronautics trades, and thus meets the development needs of the entire regional aeronautics sector.

Safran has also set up a number of partnerships with local universities and engineering schools such as the Euro-Mediterranean University at Fes, the Al Akhawayn University in Ifrane, and the School for Electricity and Mechanics in Casablanca. The objective is to develop innovative training programs that are relevant to the issues of tomorrow’s aeronautics industry, and that will allow young technicians to become engineers.

An active role in local innovation

Safran has made commitments to the Moroccan authorities to participate in the development of research in the country. In addition, between 2009 and 2011, Safran Nacelles and Safran Aerosystems entered into formal agreements with the Moroccan Foundation for Advanced Science, Innovation and Research (MASciR) with the aim of developing research and innovation.

In 2014, the Moroccan Ministry for Higher Education and Scientific Research, the Hassan II Academy of Science and Technology, and Safran signed a memorandum of understanding on the development of research & technology (R&T) in Morocco via an arrangement for financing university work. The objective of these initiatives is to help create routes to doctorates in the field of aeronautics, while fulfilling Safran’s production and R&T needs in areas such as composite materials, additive manufacture, mechanics and nanotechnologies.

100,000: this is the number of Airbus A350 XWB harnesses produced by Safran Electrical & Power

Safran Engineering Services: an innovative offering in the energy industry

Any questions about Morocco?