China Fully committed to the world’s most dynamic aviation market

Present in all segments of the market, Safran participates in the country’s major aviation programs and supports all Chinese airlines in their daily operations. Every year, over 650 million people in China fly on aircraft equipped by Safran.

Almost all airlines operating in China are customers of Safran’s aerospace equipment. Our products include landing systems, electrical systems, avionics, engine test cells and aerosystems, etc. Besides aviation, Safran also provides products and equipment for other industrial sectors in China.

Safran is a key supplier of aircraft interiors to over 20 Chinese airlines, including seats, in-flight entertainment (IFE) and water and waste management systems.

Over the past 40 years, Safran has been largely present in all aviation segments and sees itself deeply rooted in China: more than 20 sites and over 2,000 people operating in the country, four fully owned or joint venture production factories, three MRO plants, a training center, an R&T joint venture, numerous service company subsidiaries and business support teams delivering prompt local services to customers. 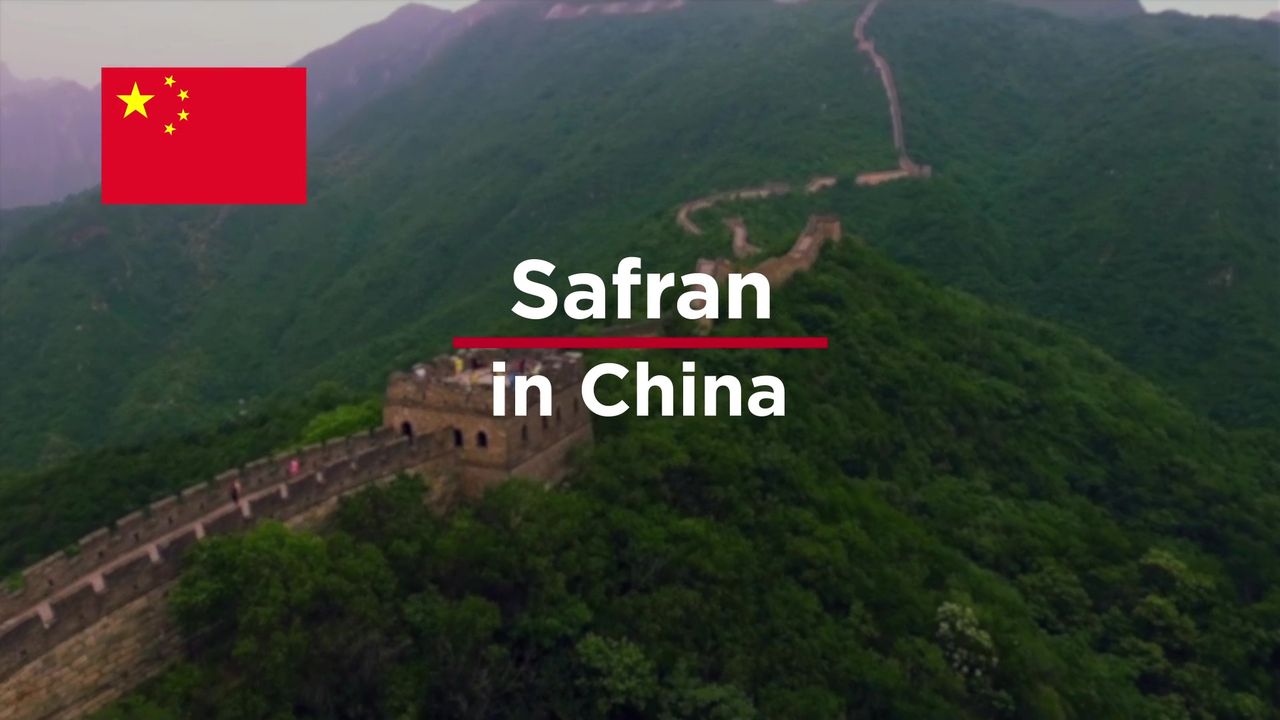 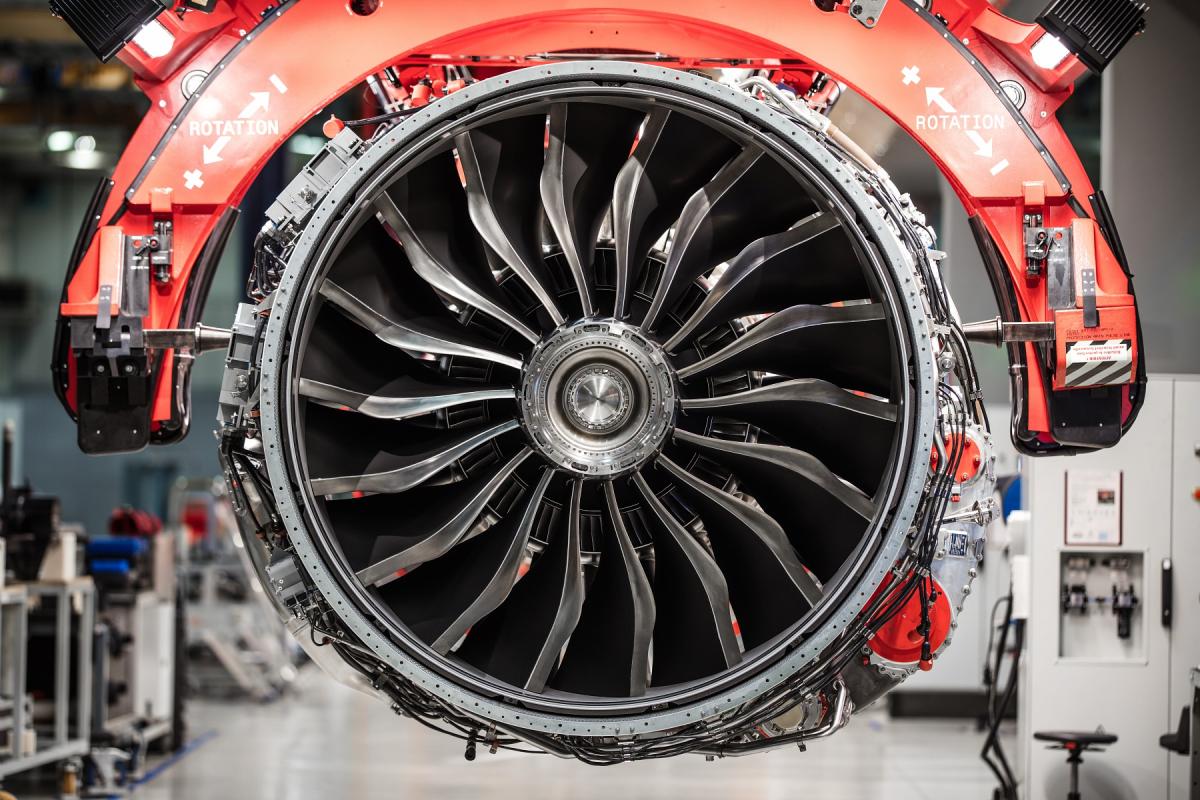 An aircraft engine manufacturer for 110 years, Safran is largely present in China. With a sales team representative based in China, Safran Aircraft Engines is involved in Chinese airlines and lessors’ CFM56® and LEAP® engine sales campaigns as the parent companies of CFM International (a 50/50 joint company between Safran Aircraft Engine and GE). To support the C919 program’s engine development and integration, more than 20 people from Safran are located in Shanghai on COMAC’s site. 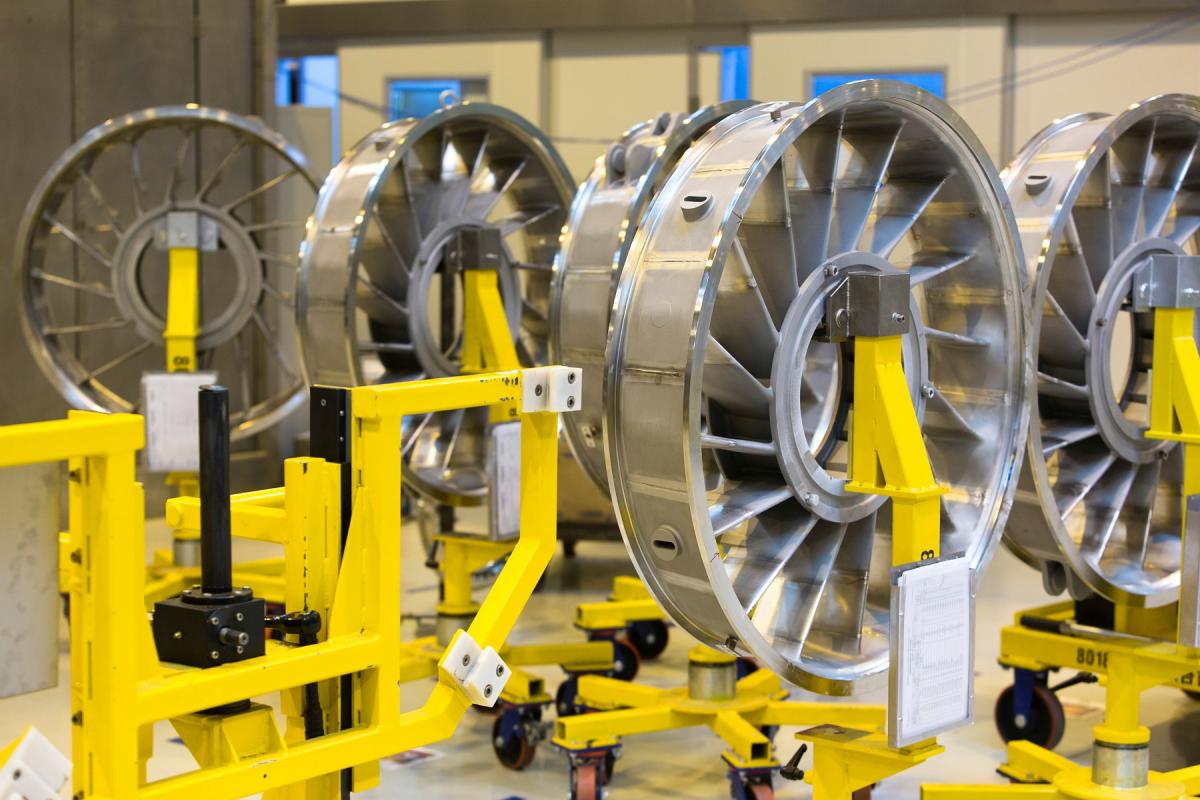 Through its training center - Aero Engine Maintenance Training Center (AEMTC), created in 1996 in partnership with CFM International, GE, China Aviation Supplies (CAS), the Civil Aviation Flying University of China (CAFUC) and the Civil Aviation Administration of China (CAAC), Safran also has trained about 15,000 mechanics from all over Asia in the maintenance and repair of CFM56 and LEAP engines. 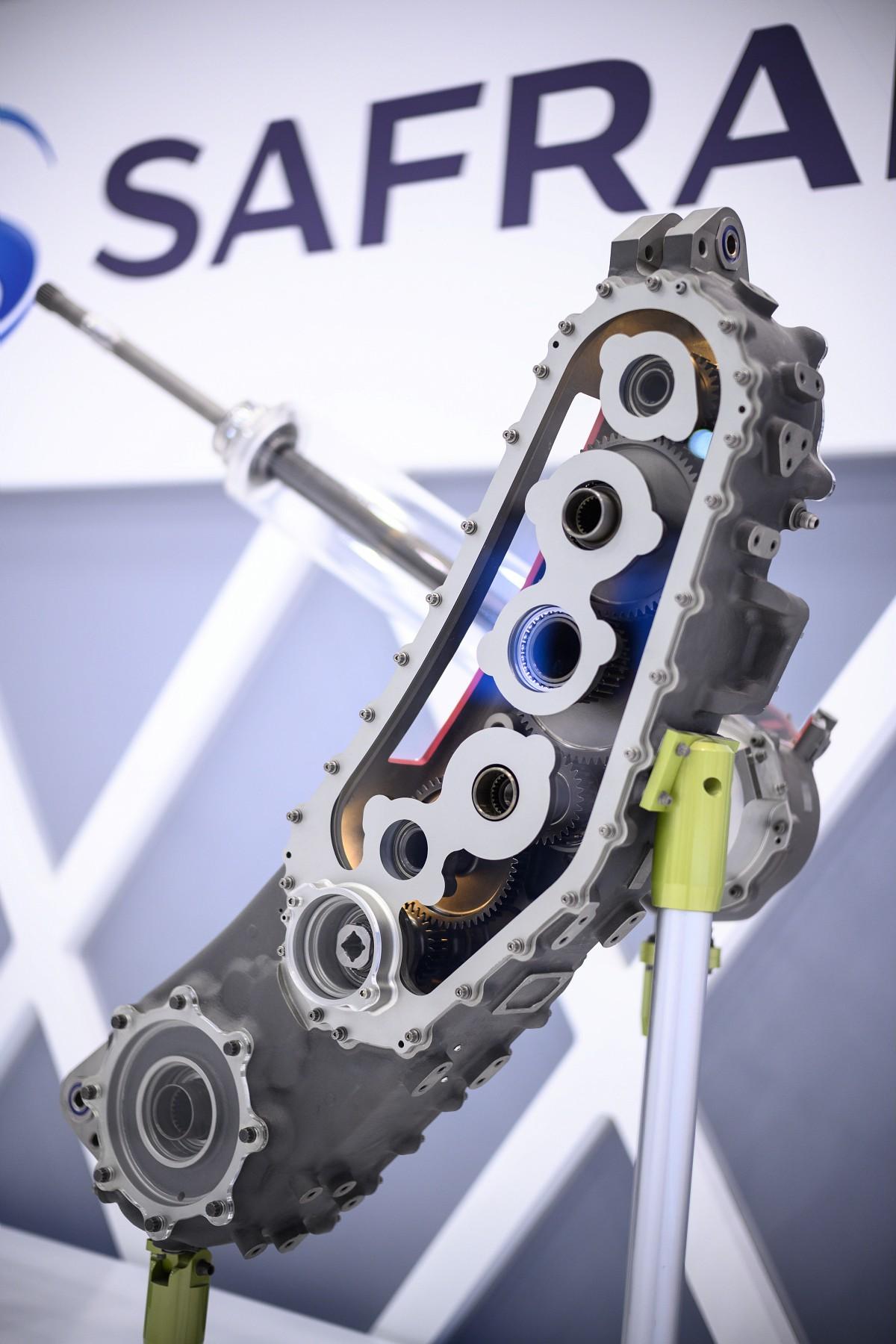 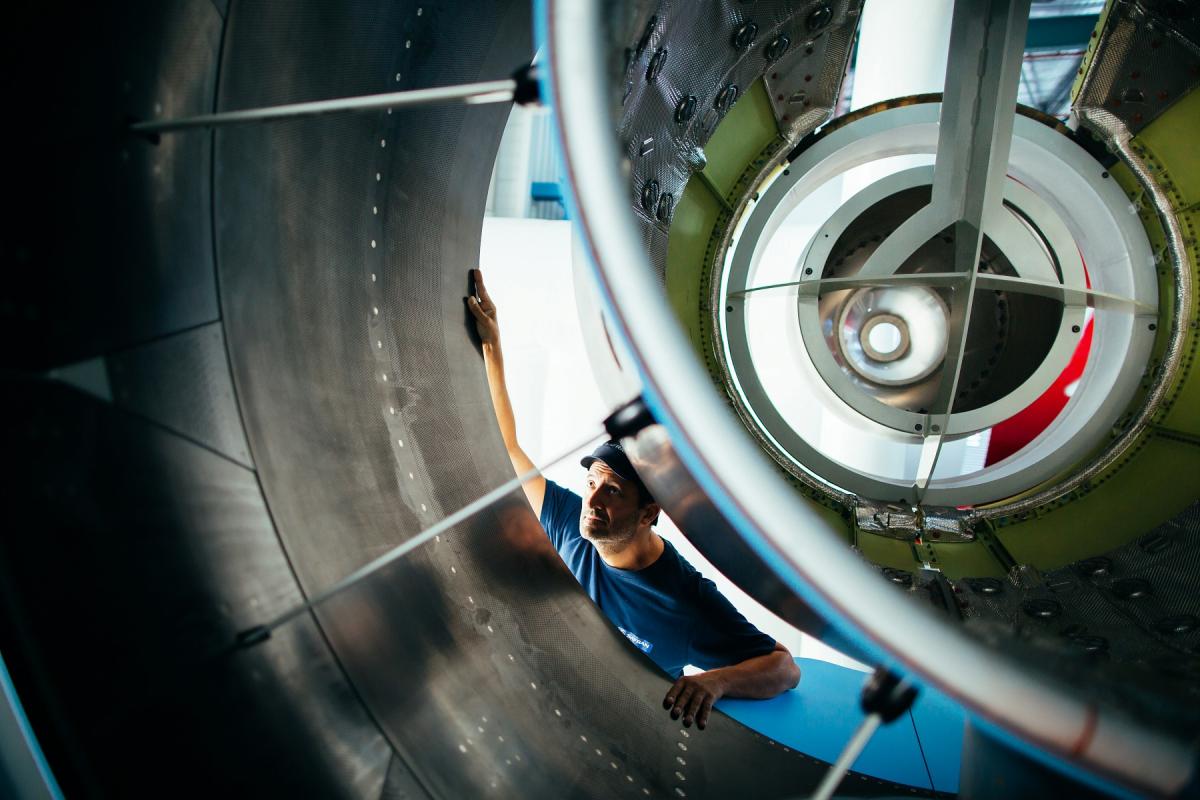 In 2022, Safran opened a new nacelle MRO station in Suzhou, offering OEM* guaranteed repairs of nacelles and thrust reversers for the fleets of Airbus A330ceo, A320neo aircraft equipped with CFM International’s** LEAP-1A engines. For 2023 Safran is preparing the opening of a new nacelles integration center in Tianjin to support Airbus Final Assembly Line.

To strengthen its global supply chain in the nacelle business, Safran has formed a partnership with HAIC (an AVIC subsidiary) and develops its local supply chain to prepare for the ramp-up of the C919 program.

** CFM International is a 50/50 joint venture between Safran Aircraft Engines and GE. 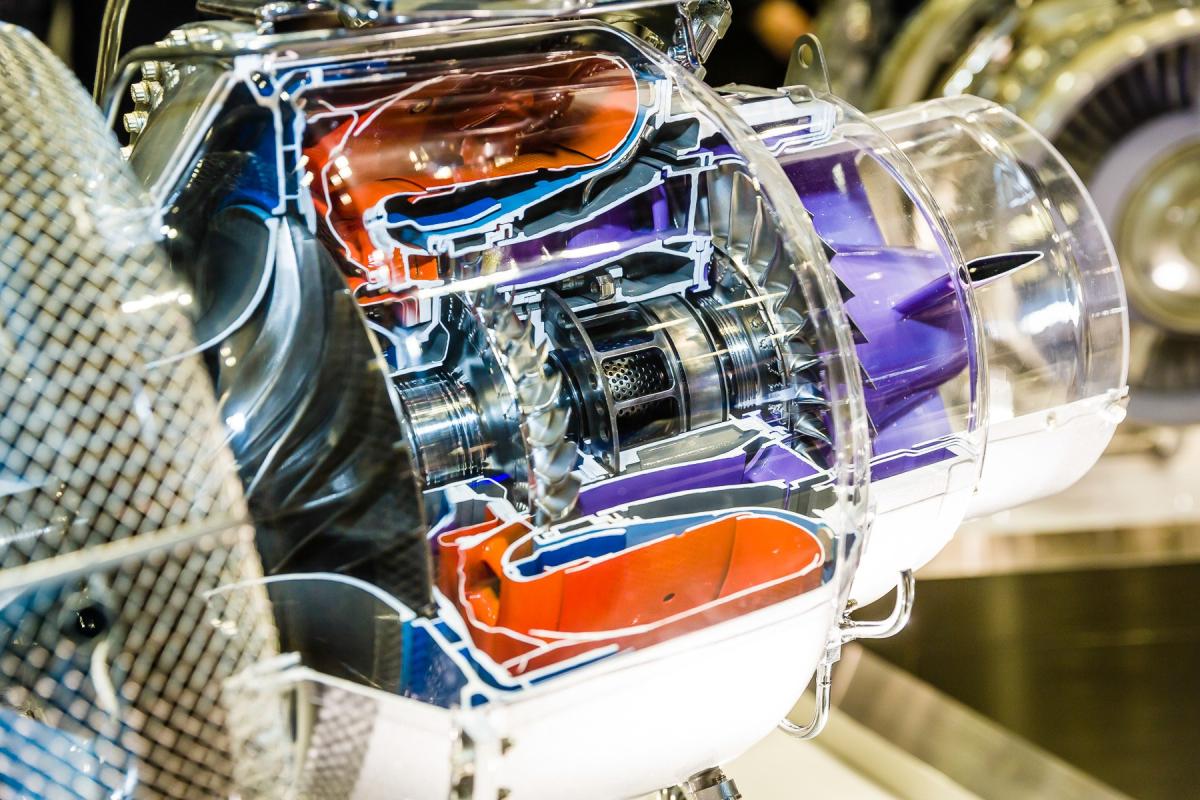 Safran is the leading helicopter engine manufacturer in China with over 600 helicopter engines in operation, 40 years of cooperation with the Chinese industry and facilities in Beijing, Tianjin, Xi’an and Shenzhen.

Safran engines power western helicopters as well as Chinese AVIC helicopters operating in China. In recent years, Safran has significantly reinforced its MRO support activities and opened a maintenance center in Tianjin in 2013 to support the Arrius, Arriel and Makila engines operated in the region.

Safran has jointly developed and built the WZ16 engine (also known as the Ardiden 3C) with Dongan and HAPRI, both parts of the AECC consortium. Featured on the AVIC AC352 helicopter, the WZ16 is the first civilian aero engine to be entirely certified by the Civil Aviation Administration of China (CAAC).

About 50 %
of China's commercial airplanes use Safran landing gear, wheels and brakes.
40 years
Safran has been providing Chinese customers with engine test equipment and facilities for more than 40 years.
More than 70 %
OF COMMERCIAL AIRCRAFT IN SERVICE IN CHINA ARE USING CREW OXYGEN MASKS FROM SAFRAN AEROSYSTEMS. 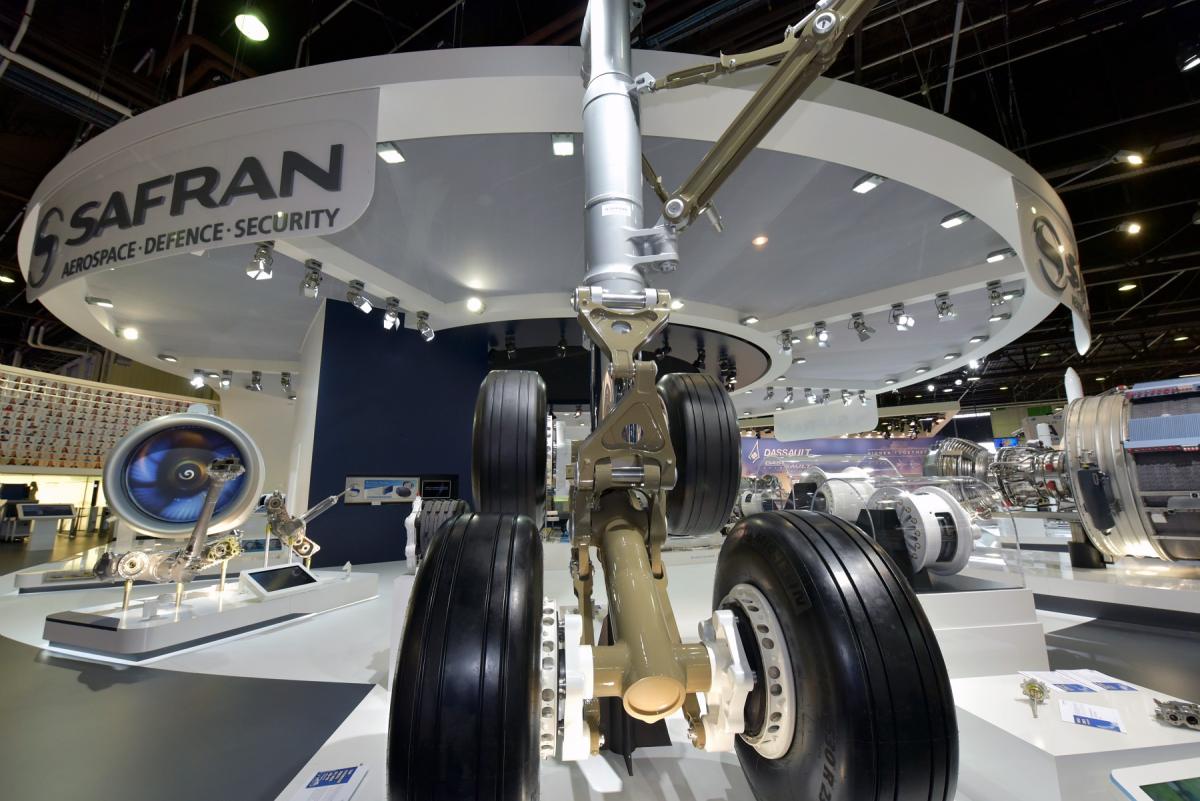 In 2016, Safran Landing Systems and China Eastern Airlines created XIESA, a landing gear MRO joint venture designed to offer a high level of local service for the Chinese market. Having received CAAC maintenance license in September 2019, XIESA is able to overhaul landing gears and components (up to 150+ shipsets per year). 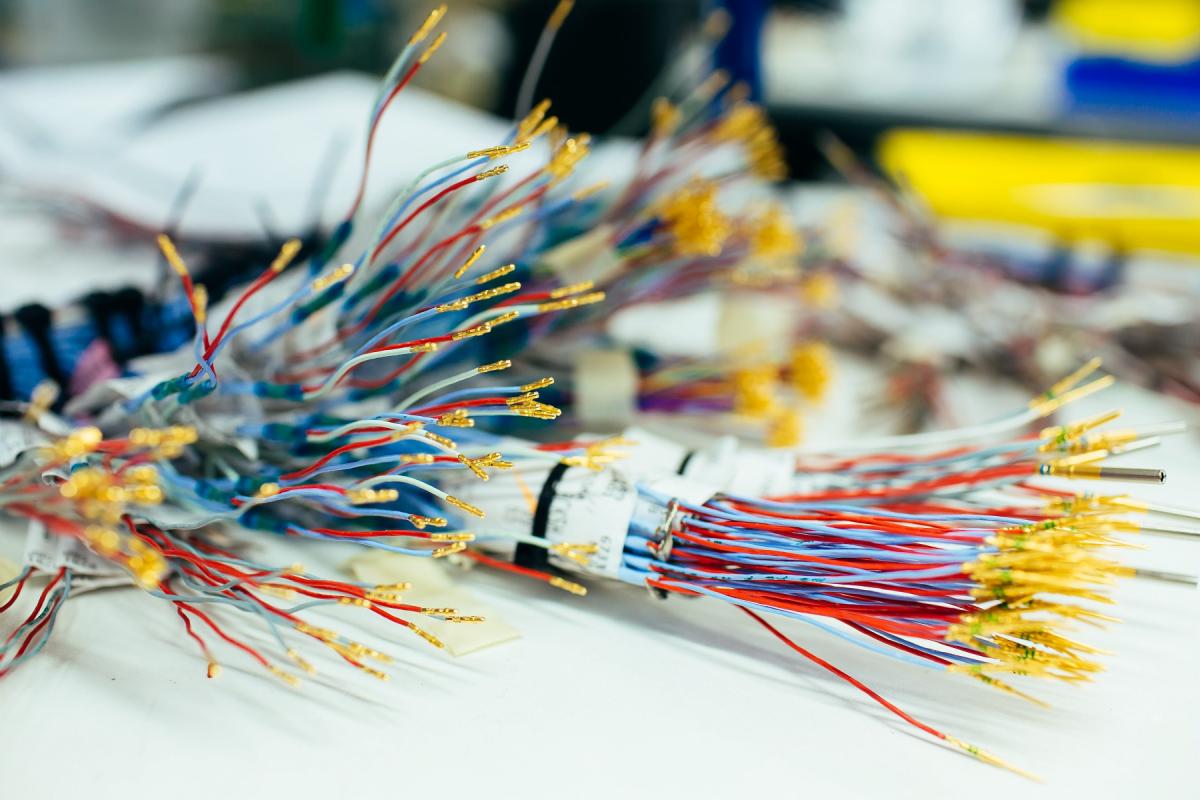 SAIFEI, the joint-venture between Safran Electrical & Power and SAMC-COMAC, was created in 2012 for the development, production and support of the Electrical Wiring Interconnection Systems (EWIS) cabling system on the COMAC C919 aircraft. 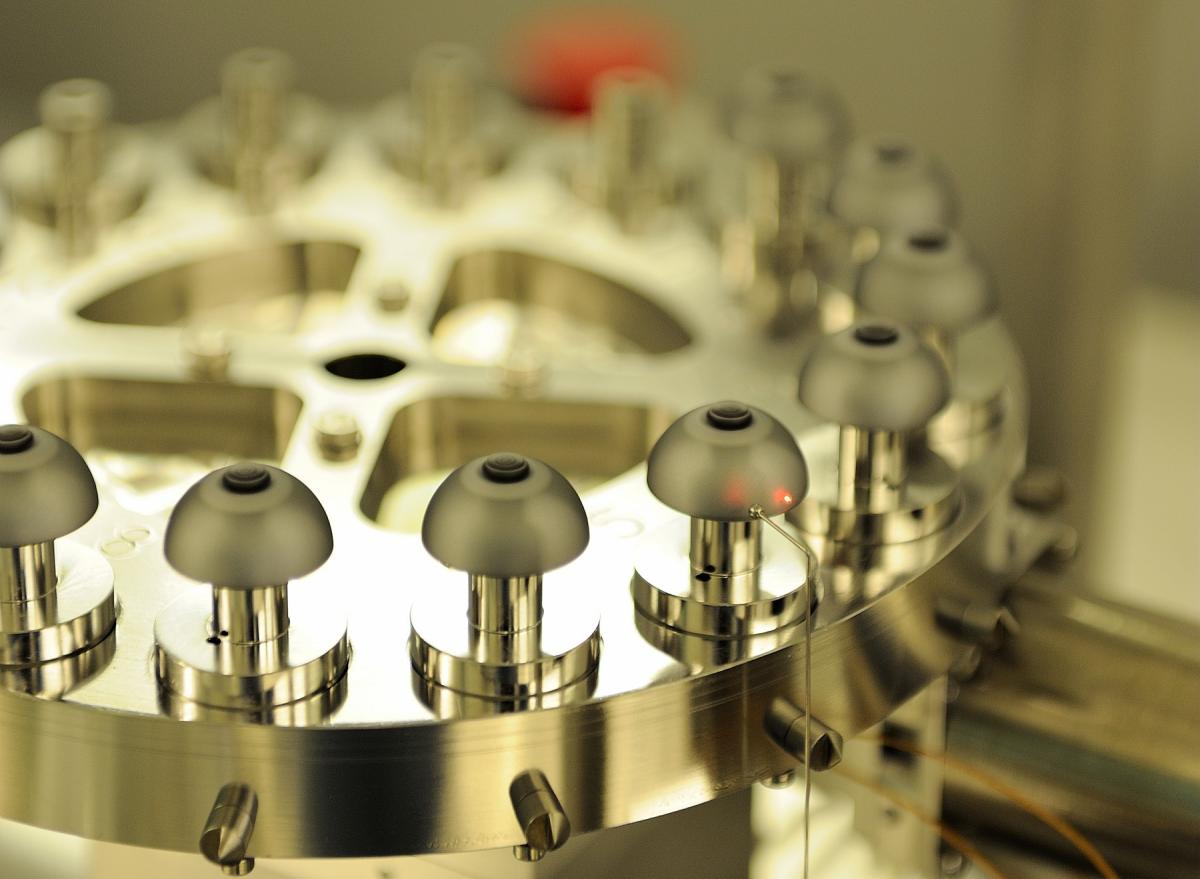 Safran avionics business operations in China date back to 1980, when Safran transferred the license for the AP155 autopilot to Lanzhou Flight Control Co. (AVIC LANFEI), to equip the Z9 helicopter/Dolphin. Safran also provides electromechanical actuators and Attitude & Heading Reference System (AHRS) to the AC352 – the Chinese version of the EC175.

1Safran is a tier 2 supplier through Parker Aerospace. 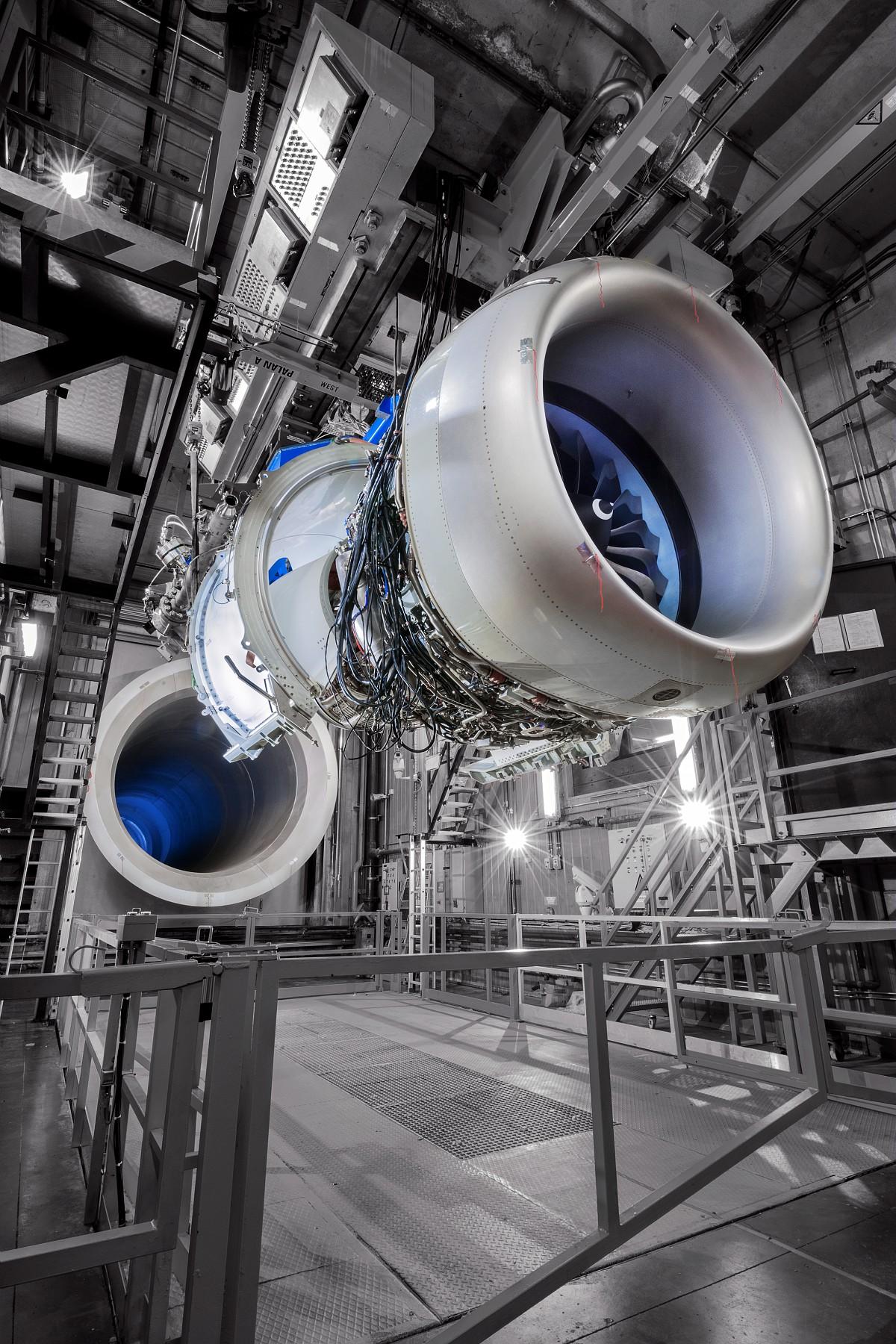 Safran has provided engine test equipment and facilities for several Chinese customers for more than 25 years. With a dedicated local team, Safran offers all kinds of support and maintenance services, from preventive to curative maintenance requirements.

Safran is the biggest supplier in test cells utilities and services in China with customers located in Shanghai, Chengdu, Beijing, Zhuhai and Xiamen. Safran has also built, under contract with AECC CAE, two new development test cells for the first Chinese commercial turbofan engine, the CJ1000, and a turboshaft facility at Dongan in Harbin. 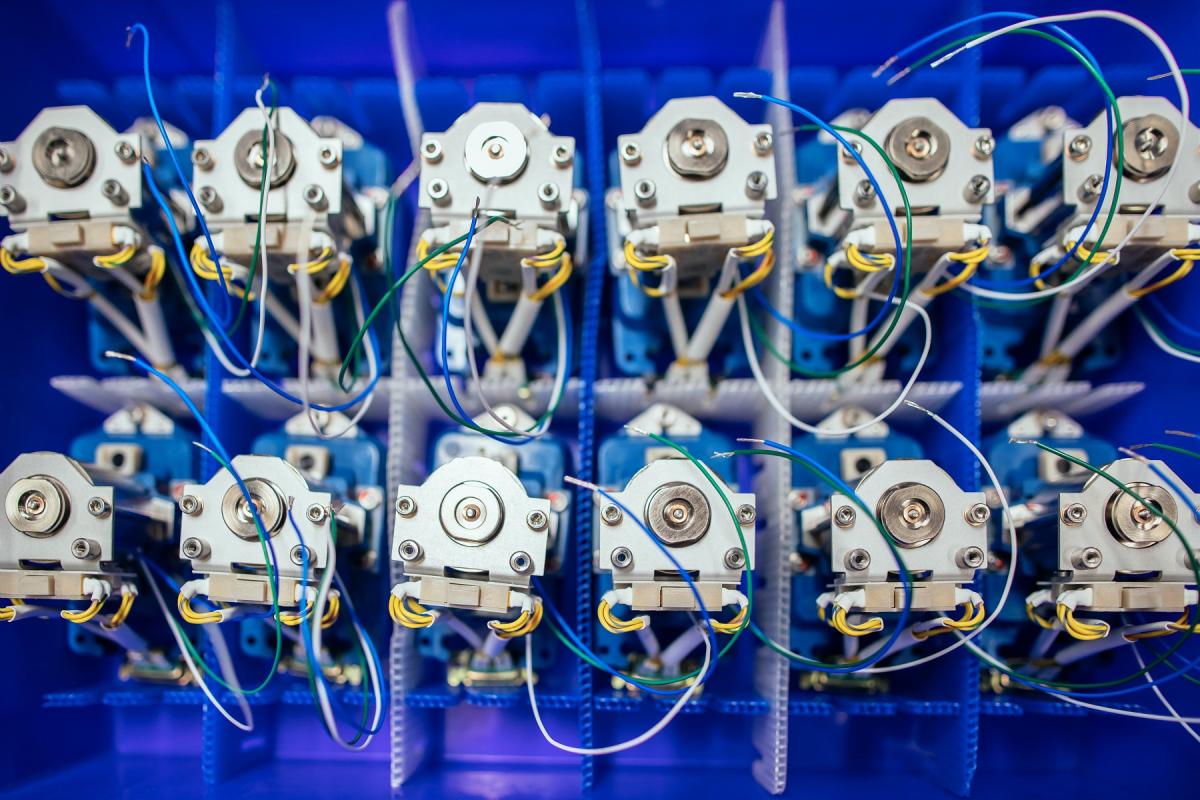 A majority of civil aircraft (commercial and cargo) flying or produced in China are equipped with Safran Aerosystems products: evacuation slides, life vests and rafts, oxygen systems, and other equipment related to fluid management. The Group’s aerosystems equipment are on board the C919, ARJ21, MA60 and MA700 programs, as well as civil and government helicopters.

With a dedicated team in China and a strong MRO network in Asia, Safran provides reliable aerosystems products and continuous support to all Chinese customers. Optics and navigation for industrial sectors

Safran Electronics & Defense is very active in high performance optics and navigation for industrial sectors through its two subsidiaries Safran Reosc and Safran Colibrys. Safran Reosc has already taken part in several projects in cooperation with public or private partners in China, such as optics for the semiconductor industry. Safran Colibrys provides accelerometers and MEMS sensors for multiple applications, such as seismic monitoring, transport and energy.

More than 200,000
aircraft passenger and crew seats supplied by Safran in service in more than 40 airlines in China.
More than 20
Chinese airlines are equipped with Safran Cabin equipment. 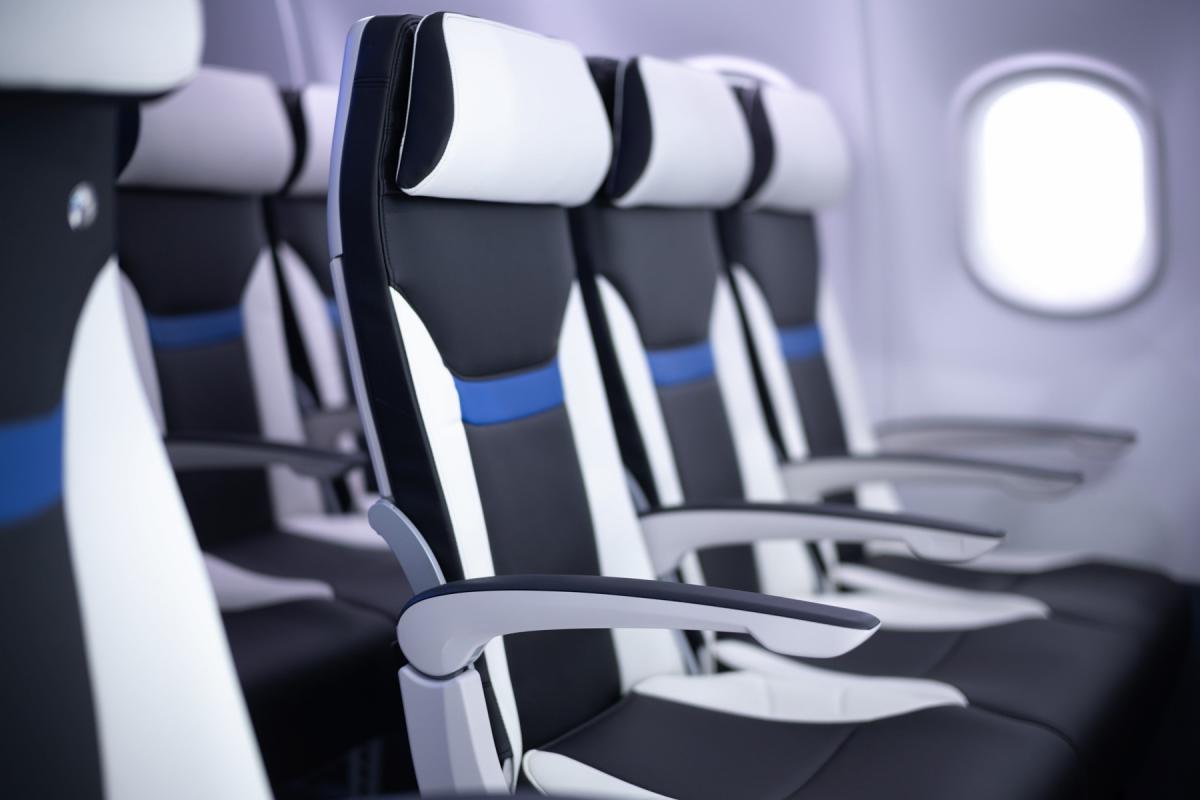 Almost all Airbus, Boeing, COMAC and Embraer aircraft are equipped with Safran seats, ranging from Economy, Premium Economy, Business class and First class seats to flight crew seats. With a Safran Seats Support and Services team and a business development team located in China, Safran provides the after-sales support of all Safran Seats products to Chinese customers. Safran also participates actively to Chinese aircraft programs with its pilot and crew seats equipping the C919, and pilot, crew and passenger seats installed on the ARJ21. 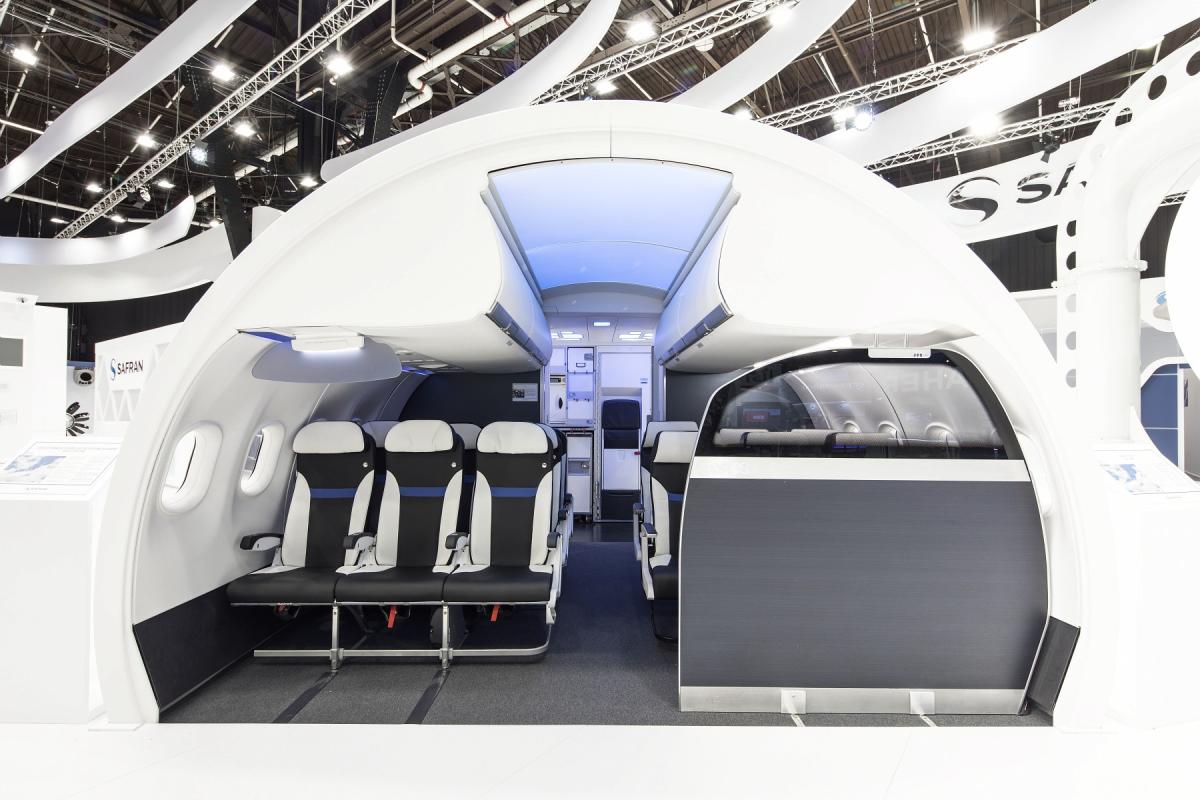 Safran is a key supplier of BFE cabin equipment to over 20 Chinese airlines and has leading positions in cabin products, including galleys, front-row monuments, electrical inserts and trolleys.

Safran is also a tier-one supplier for the COMAC C919 armored cockpit doors, galleys and lavatories.

In 2019, Safran Cabin signed a partnership agreement with Chinese partner XiZi to enhance its presence in China and its expertise with local supply chain and manufacturing resources. 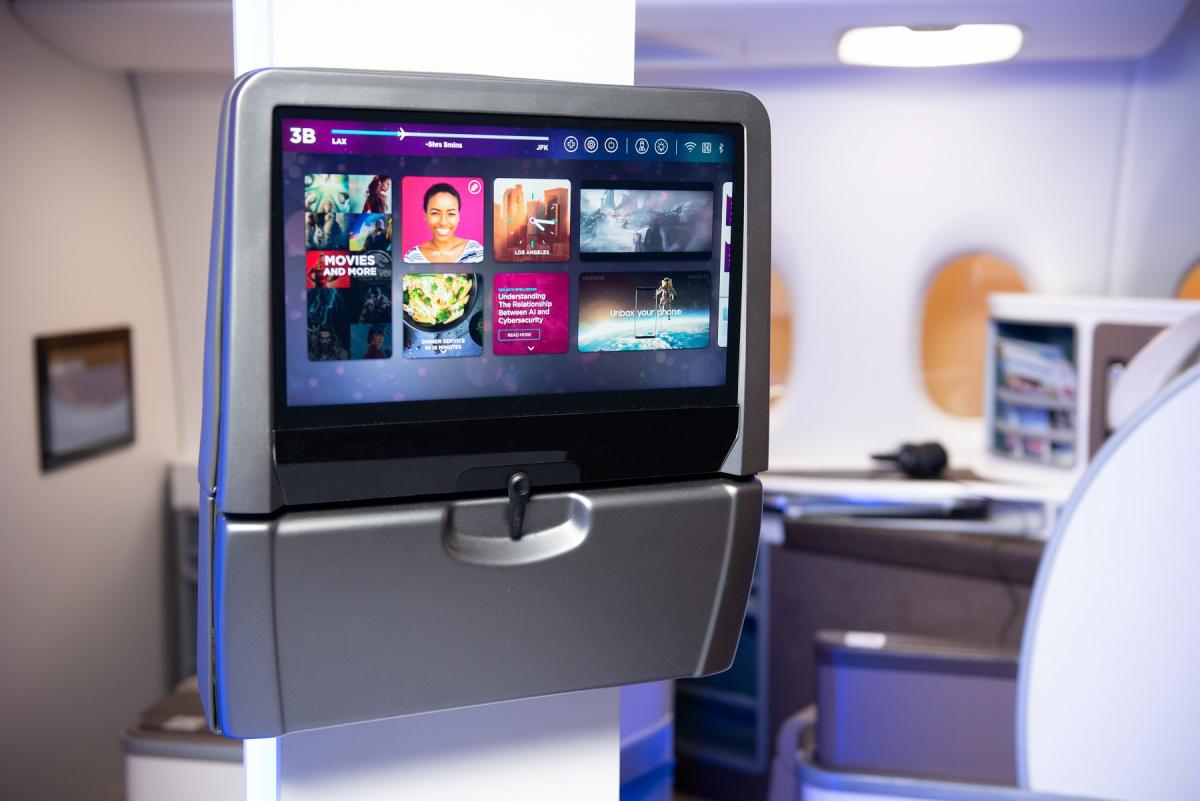 Safran is a key supplier of in-flight entertainment (IFE) equipment designed for both Airbus and Boeing aircraft models. China Southern is the first operating airline in China with an A350 aircraft equipped with Safran IFE system. 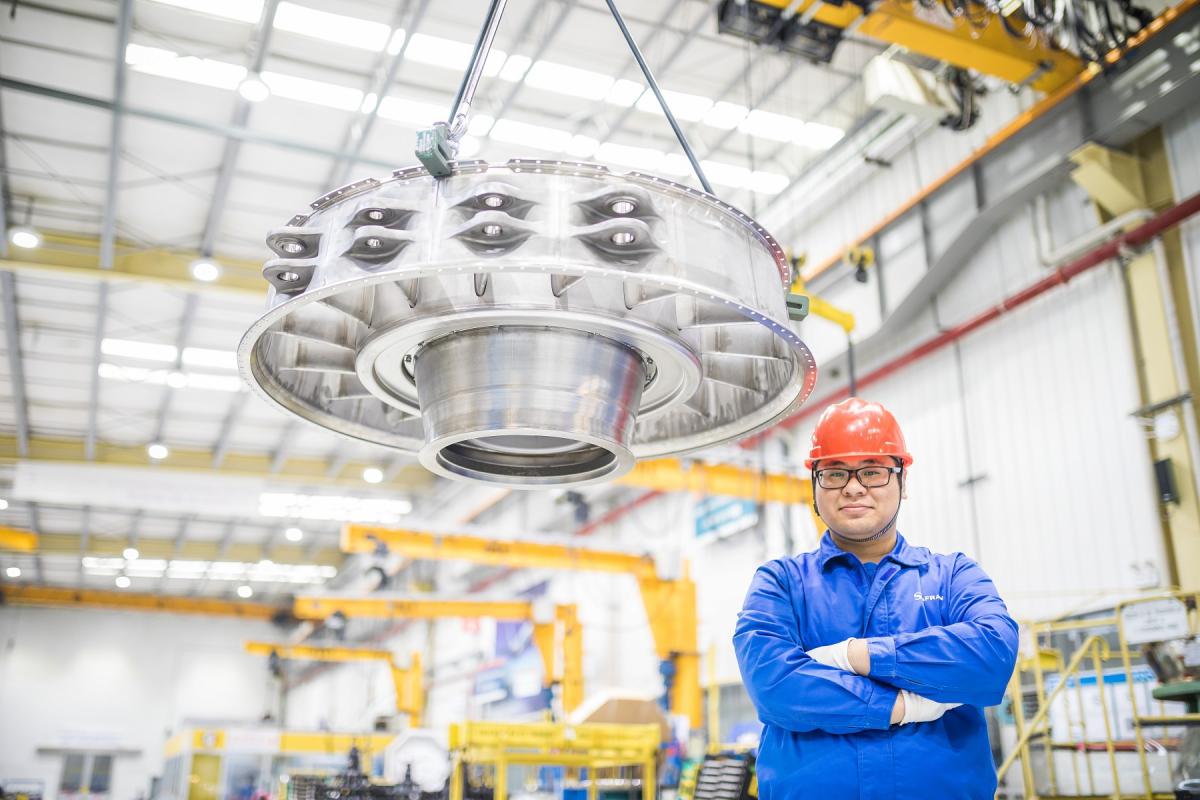 Build A Career You Can Be Proud Of

In China, Safran offers a wide range of positions across several categories – sales; engineering; research, design & development; production and customer relations – all with the potential for a dynamic future.

Safran understands that its employees are a vital component to sustainable success – which is why the Group regularly seeks out the “best and brightest” individuals to support its expanding operations both in China and overseas. When you join Safran, the transformation continues: you have the chance to expand technical skills, shape your career, and experience opportunities for professional variety and personal development. 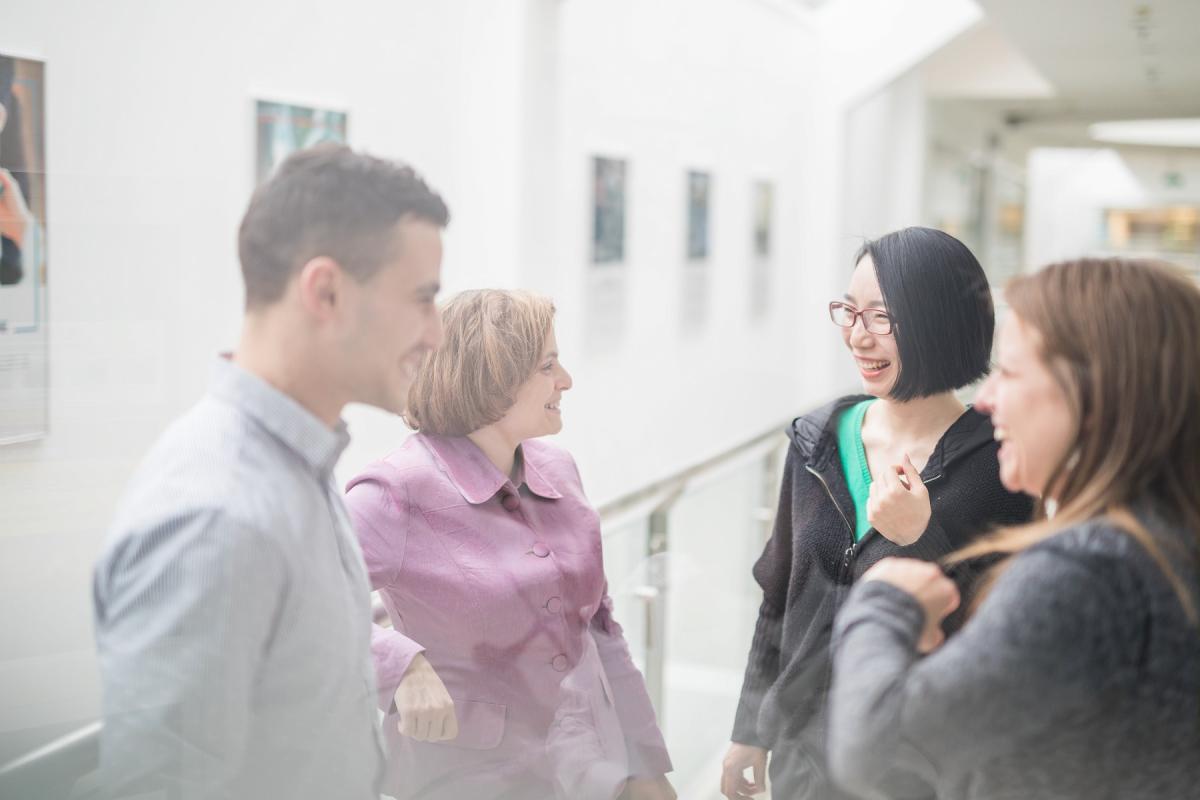 Your Career Development Is Our Priority

Working at Safran means working in an exciting, high-tech environment where you can constantly consolidate and enhance your skills and expertise.

We provide support and training to ensure that you succeed in your new position, and that your integration goes as smoothly as possible.The Safran training center in Asia was founded in 2012 in China, and provides training programs to all employees in Asia.

At Safran, you will also find an enriching multi-cultural working environment.

Additionally, Safran strongly encourages you to capitalize on mobility within the Group, whether between companies, jobs or countries. 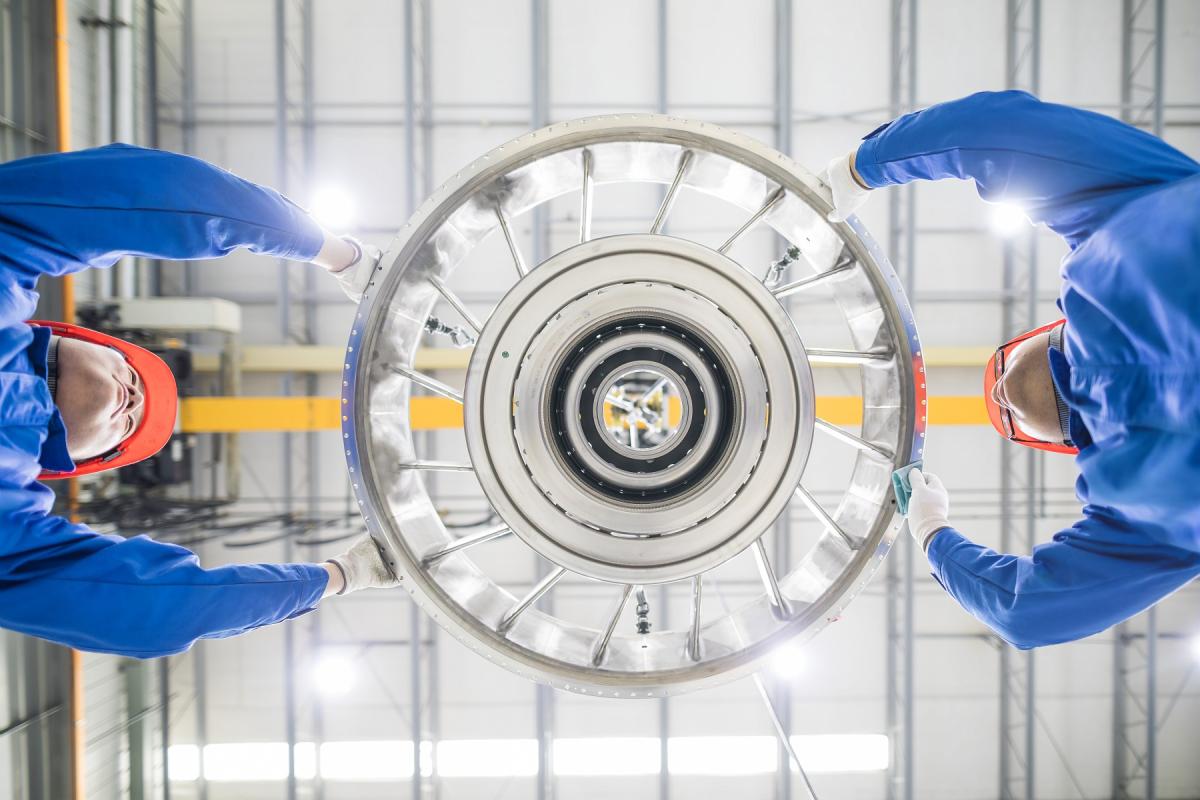 Safran is involved in training programs for engineers, reflecting its ongoing commitment to the development of the Chinese aviation industry. Safran’s Aero Engine Maintenance Training Center (AEMTC) has trained about 15,000  mechanics from all over Asia in the maintenance and repair of CFM56 engines since 1996.

In 2005, Safran was the first industrial partner to create the Ecole Centrale of Beijing, part of Beihang University. Safran has also teamed up with major French and Chinese aeronautical engineering schools and the Civil Aviation Administration of China (CAAC) to create the Sino-European Institute of Civil Aviation (SIAE) in Tianjin. Safran is one of the founding members of the SPEIT engineering school (partnership between Paris Tech and Shanghai Jiaotong University) in Shanghai, created in 2013.

See all
Find out more about Safran in China 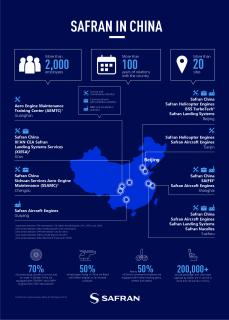 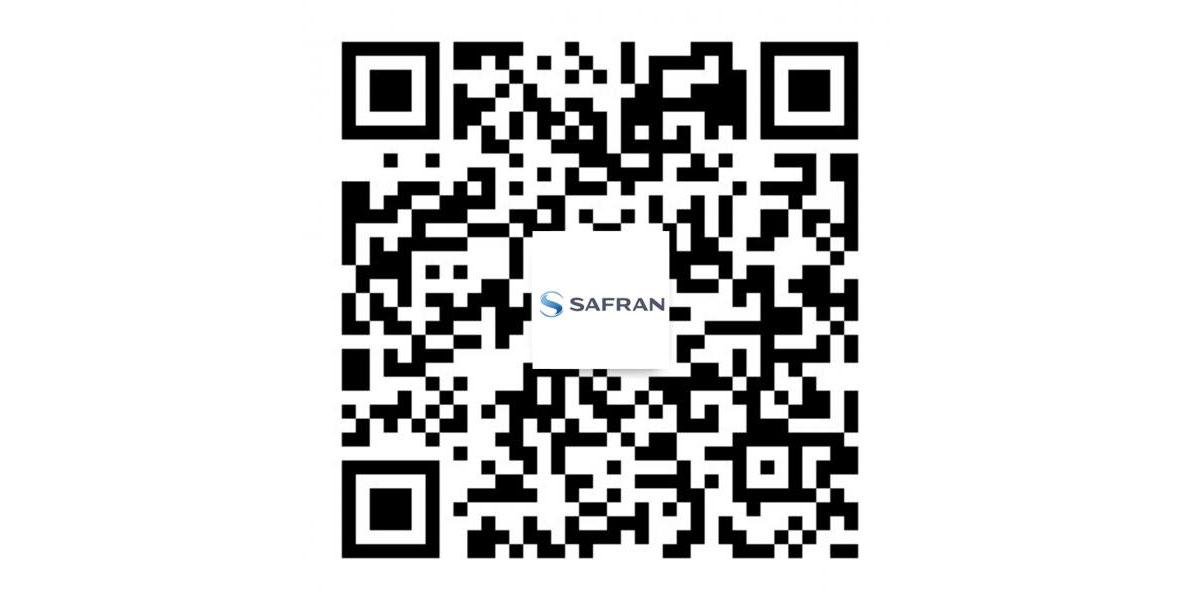 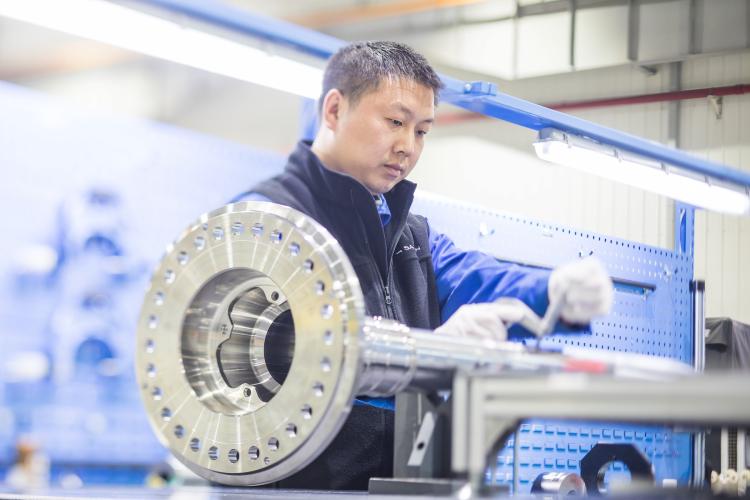 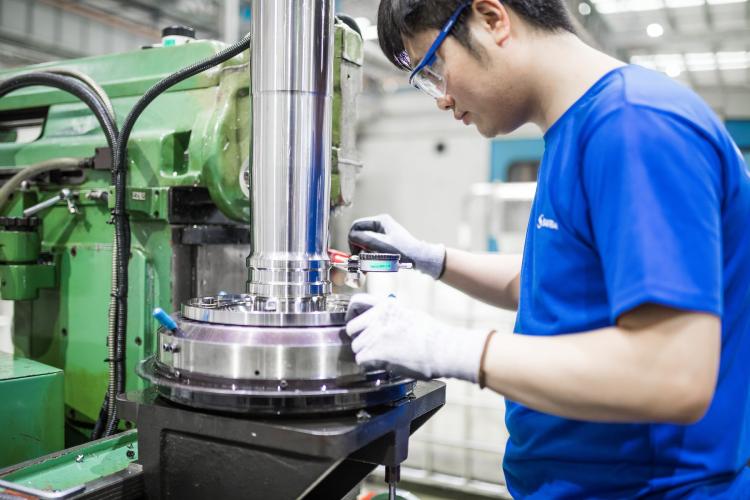 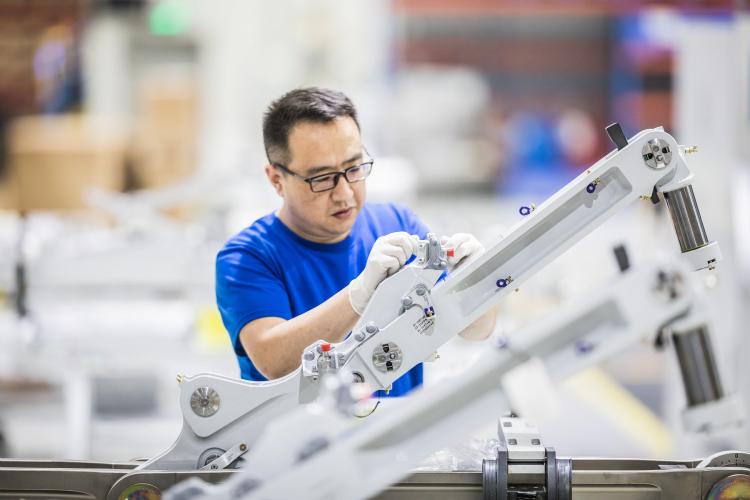 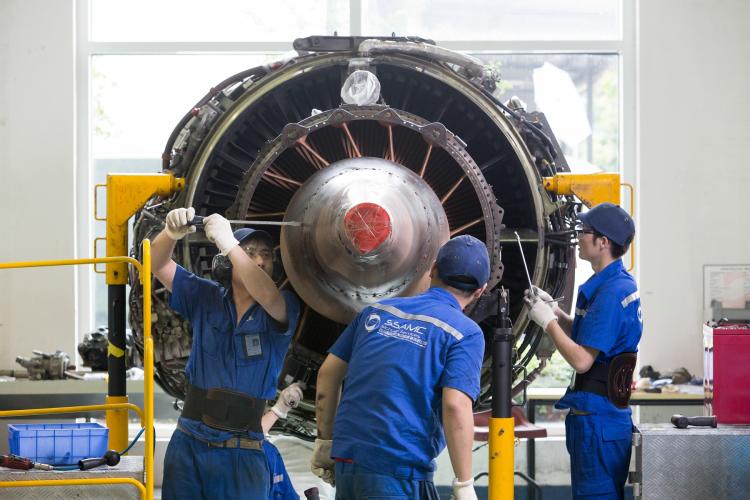 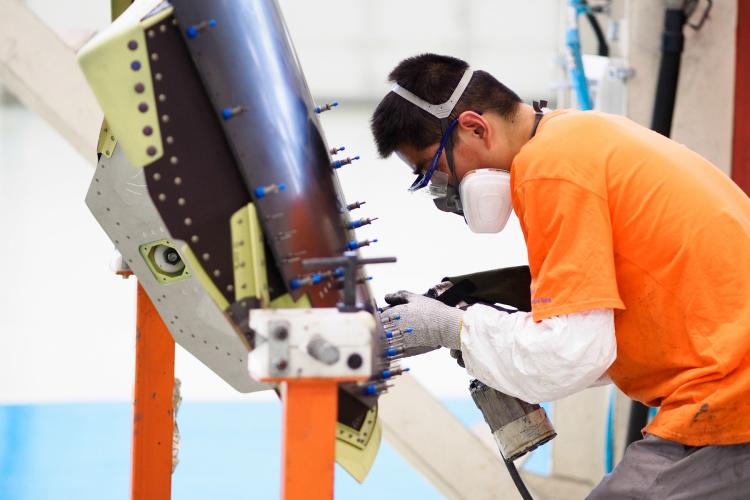 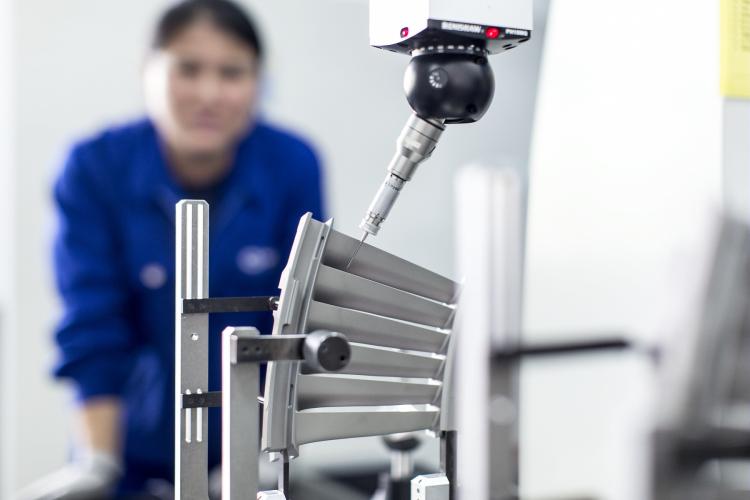 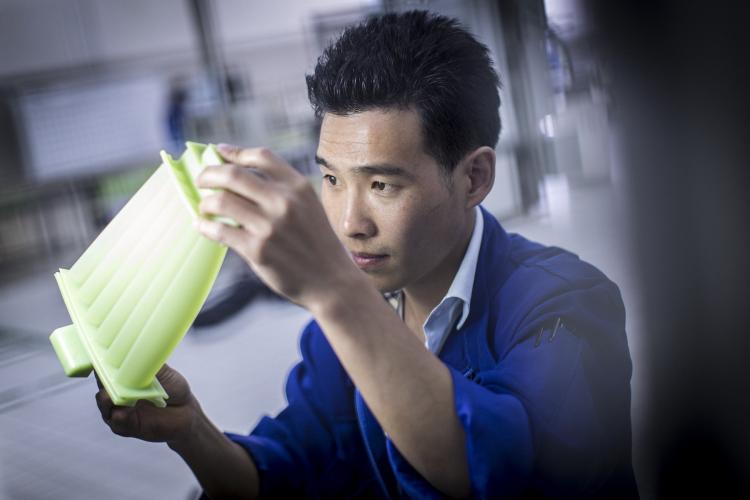 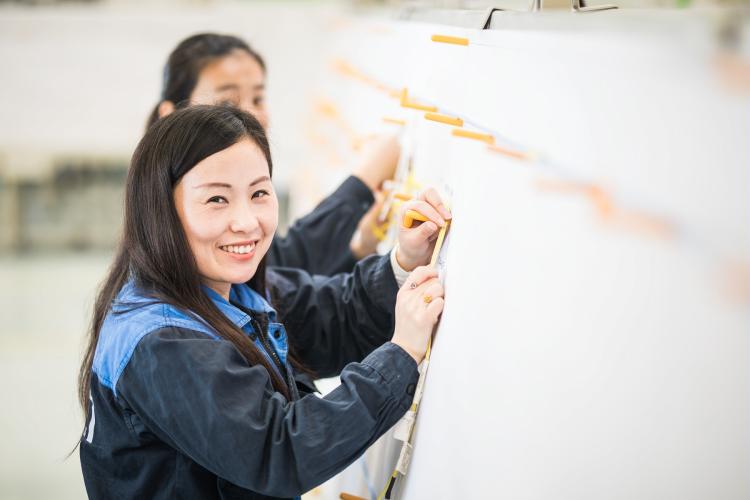 Safran won two awards from COMAC for its performance and contribution

Any questions about China?